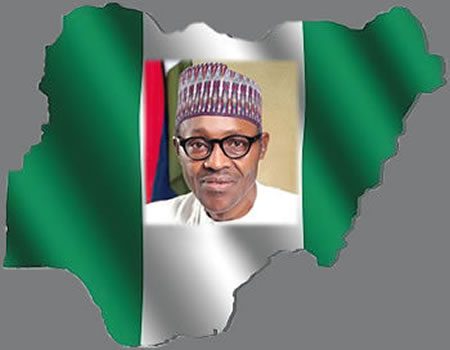 For over six decades Nigeria has struggled with insecurity issues, poverty, and bad governance. However, as the 2023 election approaches, there appears to be another opportunity to save our nation and homeland. Who will fix Nigeria?

Saturday February 18th, 2023 is the next presidential election date in Nigeria, a date many cannot wait to come, considering the inglorious years of tyranny and poverty ‘elevation’ regime of President Muhammadu Buhari and the worsening cases of insecurity all over Nigeria, never seen before. Today its Jos, tomorrow its Southern Kaduna, another day Benue, Adamawa, the Baga onslaught of our soldiers, Nigeria Defence Academy invasion by ‘bandits’. Boko Haram serial attacks, ISWAP, killing of policemen in the East, countless police stations razed down by arsonists in Imo state, kidnapping and so on, the list goes on. Henceforth understandably most of the Nigerian people are fed up and merely counting down to the next election time. But would they get it right next time? This media house looks at some potential candidates and allows you to decide if any of them can be the modern-day Moses that leads us out of this perpetual bondage, we have sadly found ourselves in overtime.

Yemi Osinbajo – Professor of law, pastor and former attorney General of Lagos and currently the Vice President of the federal republic of Nigeria. Aside from being an eloquent speaker with a strong mastery of the English language as communication and business tool, Vice President Osinbajo speaks fluent French. This man has survived an airplane near mishap while serving Nigeria and a helicopter crash where he alongside other survivors was literally pulled out of the wreckage while on a campaign trail. He also introduced the door- to-door campaign to the Nigerian dangerous political scape, he seems to enjoy mingling with market women and everyday people and sharing ‘trader moni’ economic palliatives amongst ordinary folks. However, all these attributes do not guaranty his chances of winning, according to the Africa report ‘in recent times, the vice-president has been confined to his constitutional role of heading the National Economic Council and a few ad hoc committees that really have no powers.’

The husband of Dolapo and in law to the late nationalist Chief Obafemi Awolowo issues could be, unconsciously breaking the first laws of 48 laws of power by outshining the master(s) in this case Buhari and his benefactor Bola Tinubu. Even bigger is the Nigerian mentality built on Olusegun Obasanjo’s infamous remarks that the ‘best man, can never win the election’.

Atiku Abubakar – a former vice-president under the Olusegun Obasanjo administration, is not new to Nigerian politics and a serial contester for the number one job in the country, some simply call him a serial loser but like the incumbent president Buhari who later won after several attempts, he is not giving up his chase. Despite being in his 70s he is probably thinking he could be the Joe Biden of Nigeria who defied old age to secure the key to the White House. Atiku is keen to occupy Aso Rock, the seat of the Nigerian government as the new landlord of the villa come 2023, but there is a caveat, here is the thing, will Nigerians take him seriously? Considering his former principal has openly called him a thief, a treasury looter who can’t be trusted with the public purse.

‘I know Atiku very well. And I have mentioned my position with Atiku. My position has not changed.

‘God will not forgive me if I support Atiku’, Obasanjo wrote in his memoir titled ‘My Watch’. Although sequel to the last general election in 2019, Obasanjo reluctantly ‘forgave’ his erstwhile deputy in a peace broker by Archbishop Hassan Kukah, the harm as already been done. It will take a miracle for Atiku’s alleged sins to be cleansed in the mind of Nigerians.

Bola Ahmed Tinubu (BAT)– Although Tinubu has a large fan base in Lagos, the two-time former governor of Lagos, the economic capital of Nigeria is not a national treasure as he might wish to imagine, despite being the godfather of Lagos politics his political magic wand has been subsumed in states like Osun where he boasted to be richer than the entire state, despite that, his favoured candidate lost the primaries, same in sunshine state (Ondo). In fact many believe the little goodwill pastor Osagie Iyamu had in the last Edo state gubernatorial election was swept off, due to Tinubu’s intervention, his relocation temporarily to that state at that crucial time simply hardened the stance of the Edo people, who out of fear of external domination and self-pride taught him a lesson by voting overwhelmingly for Godwin Obaseki, who despite being a non – performer was seen as at least been independent and free from the Tinubu-Oshiomhole yoke of godfathers inimical to the state. All this aside Tinubu has personal challenges with his health. His London abode, where he is currently recuperating has become a Mecca of some sort with several politicians like Buhari, Fayemi, Sanwoolu et al paying him a courtesy visit and photographs taken and released to the public who are curious why he hasn’t done a video so they can access his fitness to govern.

The News reporter Festus Adedayo’s remark that ‘Why would Buhari and Tinubu choose to hibernate in a UK infirmary to look up their health at a time when Nigeria’s health, literally and figuratively, is gasping for breath? Why flaunt such sickening pictures of them seeking bailout from their own sicknesses, in the face of a sick Nigeria?’ Captures the feelings of the citizenry on leaders who failed to fix Nigeria’s dilapidating healthcare system only to flee abroad to seek treatment when they become sick, a shameful group Mr Tinubu fondly called the Jagaban by his admirers has now shamefully joined without any qualms, this surely does not bode well for his presidential ambition.

Yahaya Bello– The youngest governor in Nigeria nicknamed the White Lion has probably spent the better part of his tenure in a real or imagined conflict with his fellow Kogites Sen. Dino Melaye whom he once described as a ‘clown’ rather than focus on the serious business of governance in the ‘confluence state’ Kogi. He owes public workers and teachers several months accumulated salaries due to his inability to manage the state affairs prudently. Many now cursed the day the late Prince Audu Abubakar suddenly died after winning the election, which created a constitutional crisis which the courts perhaps did not resolve creatively nor judiciously considering his running mate ought to have been given the mandate, but somehow Yaya Bello who was amongst the losers of at the APC primaries was chosen as a replacement to the departed Audu.

Fast forward Yahaya Bello has become the textbook example of why the Nigerian youths, despite their agitations for good governance seems not ready to take over the mantle of leadership. Bello has blown the golden opportunity to prove the youths are the future for Nigeria. Recently he advised Bola Tinubu to leave the contest for the youth, saying ‘Tinubu has paid his dues, and with all respect as a son to him, my simple advice is that it is time for him to allow his children to take over the mantle of leadership.’ This statement provoked the Tinubu Support Group (TSG) who sees his utterance as a joke taken too far, they responded thus. “How do we commit a great nation such as Nigeria to a so-called youthful governor who was given an opportunity to lead his state and he messed things up?

‘It is on record that you, Governor Bello, remain the governor with the highest number of months of unpaid salaries, and non-performance despite the huge sums of both internal and federally-generated revenues.’

Kingsley Moghalu- A professor, political-economist, banker and a former UN envoy has pledged to return to the campaign trail after his last effort in clinching the coveted presidential office failed. Unlike the likes of Fela Durotoye, Moghalu has remained consistent in his ambition. Arguably he possesses all the qualities that can revive a nation like Nigeria just like Osinbajo. However, his main undoing rests largely with his people who seems largely pro Biafra and not too keen about the Nigerian project let alone the next election, a lot of Easterners like some Yoruba nation activists believes there will be no election in 2023.This is a large bloc of votes he is losing in advance from a region that is supposed to be his primary constituency.

If given a chance he will be the first democratically elected Nigerian president of Igbo extraction with executive powers, remember Nnamdi Azikiwe as a head of state did not head government. His experience working closely with iconic statesmen like the late Kofi Anan, rebuilding war torn countries through the UN interventions puts him in a pole position to perform well. Like many Nigerians he is frustrated with the situation of the country and hope to make the difference. He once tweeted that ‘Nigeria is like an asylum with mad men in charge. We need ‘specialists,’ apologies to Wole Soyinka in his book ‘‘Madmen and Specialists,’’ ’.

In a nutshell, while one is hopeful there can be one amongst this lots or a surprise candidate, who might eventually change the narrative of our country’s trajectory for good, it won’t be enough to address the rut in the system, so that whoever emerge as the messiah first task should be a constitutional review and renegotiation of the Nigerian state to morph into a true federal set up or a confederation, which ever nomenclature suits, the most important is that there is power devolution which will create a healthy competition amongst the region and an overall development of the country.

Tunji Offeyi write-in from the UK.