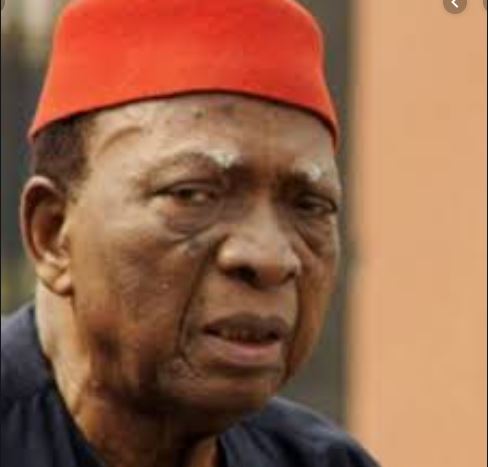 Recall that a seven-man Supreme Court panel led by the Chief Justice of Nigeria (CJN), Justice Tanko Mohammad, had in about a four-hour ruling dismissed the appeal by Atiku, the candidate of the Peoples’ Democratic Party (PDP) and his party, challenging Buhari’s victory.

The CJN while delivering the judgment had said that the panel “examined all the briefs of argument and the exhibits for over two weeks and we have all agreed that there is no merit in this appeal”.

But in a statement in response to the ruling, Nwabueze said that the decision dismissing Atiku’s appeal as lacking merits was not taken at the sitting of the Supreme Court on October 30.

He went further to fault the manner by which the panel was appointed, saying that it was not in agreement with Section 36 of the 1999 Constitution, which provides for a fair hearing.

“Fair hearing requires among other things that it must be done in the presence of the parties.

“The ‘examination’ referred to in the CJN’s statement was certainly not done in the presence of the parties. The examination ‘of all the briefs of argument and the exhibits for over two weeks’ before 30th October, as announced by the CJN, could not be the fair hearing required by section 36 of the constitution.

“No ‘examination’ of all the briefs of argument and exhibits as announced by the CJN in the statement quoted above can constitute a fair hearing required by section 36 of the Constitution in the absence of the parties.

“Furthermore, not only is the hearing required to be conducted in the presence of the parties in order to be a fair hearing, section 36(3) requires it to be held in ‘public’. Section 36(3) is quite clear and unequivocal on this point.

“As the examination referred to in the statement by the CJN was not held in public, it is not the hearing required by section 36(3) of the Constitution. Secret hearings and trials are abhorrent to democracy.

“What happened in the Supreme Court on 30th October, 2019 is therefore a farce, not a valid hearing and determination of the appeal lodged by former Vice-President Atiku against the victory of President Buhari in the 2019 Presidential election as declared by INEC.

“Finally, the decision of the Supreme Court dismissing the appeal for lacking merits is a law within the meaning of Section 1 of the Constitution and, being inconsistent with section 36 of the Constitution, it is, by the self-executing declaration in section 1(3), null and void.

“Section 1(3) is a self-executing declaration and does not require anything else to bring it into effect. In other words, the decision dismissing the appeal is null and void without further ado.