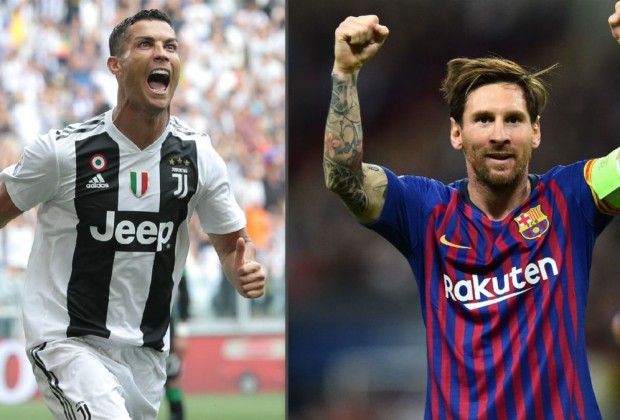 The debate over Lionel Messi and Cristiano Ronaldo will continue on long after both men retire.
They are undoubtedly two of the greatest players of all time, but fans love to argue over who the true GOAT really is.
Messi stakes his claim by dominating domestically while the pair went toe-to-toe in Spain. He won eight La Liga titles with Barcelona while Ronaldo was at Real Madrid, winning just two.
The Portuguese found incredible success in Europe during that period though, guiding Los Blancos to four Champions League wins, adding to the success he had with Manchester United.
This summer, fans have found something else to bolster Ronaldo’s case over Messi – his more impressive performance on the international stage.
International goals scored by Messi & Ronaldo
Ronaldo vs Messi in competitive internationals
Messi & Ronaldo miss out on most valuable XI
Earlier this month, Portugal won the UEFA Nations League. It was the second major international trophy that Ronaldo has won.
Messi, in comparison, has disappointed with Argentina. He has never won any silverware with his country and boasts only a gold medal from the 2008 Olympic Games.
But despite Ronaldo’s superiority with his country, a number of football stars, managers and icons still believe that Messi is the GOAT.
In fact, one Twitter user has created a 29 tweet thread of huge sporting names declaring that the Argentine deserves the GOAT crown.
With the likes of Arsene Wenger, Gary Lineker, Jurgen Klopp and even Wayne Rooney all taking Messi’s side.
There we have it – debate settled?
Well, probably not. But if these icons all believe that Messi is the greatest of all time, it’s tough for Ronaldo fans to argue.
Still, they will no doubt try for many years to come, as the debate between the two best players of our generation rumbles on.
PV: 0