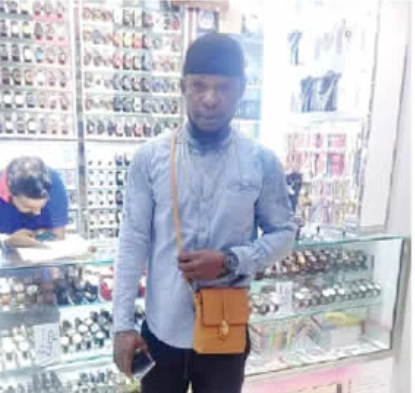 Nnamdi Ohanekwurum returned from South Africa to his hometown in Amagu, in the Orlu East,  Imo, to prepare for the first anniversary of a late uncle, but the preparation became lamentation thanks to policemen.

Ohanekwurum was on an errand to sample out prices for drinks at Orie Nempi when some four armed policemen entered the community in a Sienna.

They picked up the 32 year-old because he stood pat when others made a break for it.

That was the last of him ever seen.

By the time the family would confirm his whereabouts, the South African returnee body had spent some weeks in a morgue.

All the efforts his brother made initially, including getting a lawyer to know why he was arrested, and how to get his bail, failed.

Inspector Asabor Marine, the investigating police officer of a case in Ohanekwurum’s community, was frustrating every move.

A neighbor of the victim’s, Chigozie, revealed the identity of Insp. Marine because Chigozie was at the Owerri Anti-kidnapping unit to get bail for his own relative when he saw Ohanekwurum in detention, still alive then.

The inspector initially admitted to the neighbor they got the wrong guy.

But when Ohanekwurum’s brother came to the unit to find out, there was no record of the young man there again.

“I petitioned the Deputy Inspector-General of Police, FCID, Area 10, Garki, Abuja. The DIG referred the case to the homicide section of his department to investigate,” the brother said in an interview with the Punch.

“Some officers then travelled from Abuja to Owerri for a proper investigation and they unmasked the hidden agenda of the IPO and his cohorts.”

And the finding revealed Marine arrested Ohanekwurum on August 24. He died in their custody on August 29 after he was bitten by another inmate, Marine explained.

“He confessed that the remains of my brother were deposited at the Federal Medical Centre’s morgue. The IPO held the tag of my brother’s corpse without informing his family,” the brother said.

Marie then gave the family two options: either they should release the corpse for burial or an autopsy to be conducted to ascertain the cause of death.

“The autopsy was conducted on September 11, 2021, and the pathologist said there was nothing like a human bite on my brother’s corpse,” the brother said.

The pathologist would not release the report.

“I believe the IPO, Asabor Marine, and his team killed my brother. All we want is justice,” Ohanekwurum’s family insisted.