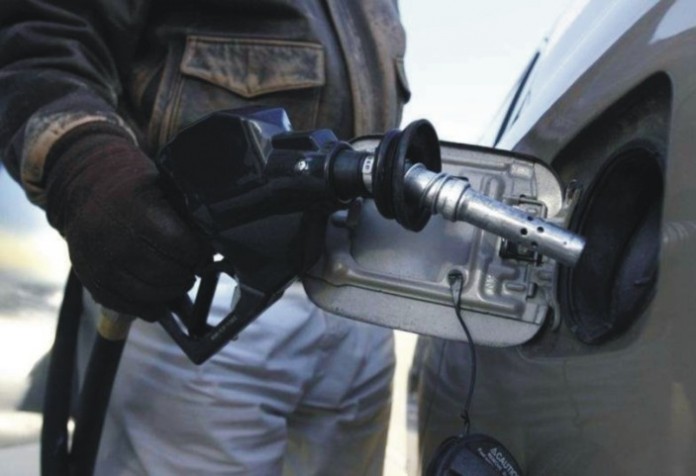 By Farooq A. Kperogi

Group Managing Director and Chief Executive Officer of Nigerian National Petroleum Company Limited, Malam Mele Kyari, said on November 23 that the Buhari regime will inflict yet another pain at the pump by jacking up petrol prices to N340 per liter in February 2022.

If this materializes, it would be the fourth time the regime has increased petrol prices in a five-year period. Every indication points to an irreversible resolve on the part of the regime to go through with the increase. The perennially predictable propaganda against “subsidy” has already started.

Whenever funds in the public trough that people in power steal from runs low, the default revenue-generation strategy they have is to increase the pump price of petrol and to justify it by rehashing the same old, trite, tired, banal emotional blackmail of the poor who will bear the brunt of their cruelty.

Since I came of age, governments have deployed the same pre-made rhetorical template to rationalize increases in fuel prices: subsidy is bad because it’s wasteful and benefit only fuel marketers; we need the money we save from removing fuel subsidy to invest in education and infrastructure for the greater good of everyone even when that never happens; Nigeria has the cheapest petrol price in Africa; because our petrol is the cheapest, it is smuggled to other parts of the continent, so we must increase petrol prices to stop this; we’ll come out with palliatives to ease the hurt that increases in fuel prices will exact on the poor.

These—and many other—rationalizations are, of course, bald-faced, self-contradictory, inane executive lies. As I’ve pointed out repeatedly, fuel price increases are not and have never been about “deregulation,” “subsidy removal,” “liberalization,” or such other empty but fashionable neo-liberal mumbo jumbo whose meanings the utterers themselves obviously don’t even understand.

In perhaps the only time he ever told the truth in his entire lifetime, Information Minister Lai Mohammed said in May 2016— in the aftermath of one of the steepest increases in fuel prices in Nigeria— that “The current problem is not really about subsidy removal. It is about the fact that Nigeria is broke. Pure and simple.”

When Nigerian political elites say Nigeria is “broke,” they often mean no more than that they don’t have enough to steal after paying measly salaries to workers.

The last time the Buhari regime increased fuel prices last year, it said it had completely done away with fuel subsidies and had left the price of petrol to the vagaries of demand and supply. Now, the regime’s honchos say again that the subsidy they said they’d completely removed, for which there was no allocation in the 2021 budget, must be removed again!

As compensation for removing a non-existent subsidy on petroleum, Finance Minister Zainab Shamsuna Ahmed said the government will pay a monthly transport bonus of 5,000 naira to 40 million Nigerians.

I am no mathematician, but even I can point out the mathematical absurdity of Mrs. Ahmed’s proposal. If the government actually fulfills its promise (you can’t trust this compulsively mendacious regime to live up to any promises it makes) to give 5,000 naira monthly to 40 million Nigerians, it will be picking up a N200 billion monthly bill. That will add up to N2.4 trillion naira a year.

Now, consider that, according to an April 18, 2020 press statement by Senior Special Assistant to the President on Niger Delta Affairs, Senator Ita Enang, Nigeria spent “N1.5trn spent on fuel subsidy in 2019.”

In other words, Nigeria will spend more money on transport bonus to an amorphous, unidentifiable, and probably cooked-up 40 million poor Nigerians than the subsidies it says it pays on petroleum subsidies, which it says are too expensive to be sustainable. That makes absolutely no sense.

Also note that thanks to Buhari’s infernal incompetence, Nigeria overtook Indian “as the country with the most people living in extreme poverty.” By many accounts, up to 100 million Nigerians live in abject poverty. By what logic did the regime decide that only 40 million people will need to be shielded from the consequences of the cruelty it will inflict on Nigerians in February 2022?

And, in the aftermath of the inflationary conflagration that a petrol price hike will ignite, how much help will N5,000 render to anyone in a month? N5,000 is currently useless in Nigeria. Imagine how much more useless it will be in 2022 after the prices of everything go through the roof.

In any case, the Senate revealed on Thursday that there is no provision for a N2.4 trillion-naira transport bonus in the 2022 budget. So, this is probably another scam.

Well, since the regime won’t stop its sterile propaganda to justify its asphyxiation of the poor through unjustified petrol price hikes, I won’t be tired of repeating what I’ve written in the past in response to their lies.

Petrol is the engine of the Nigerian economy in ways it is not elsewhere. When the price of petrol goes up in Nigeria, everything else goes up—except the already measly salaries of everyday people. This is not the case in many countries. So, you can’t just arbitrarily jack up petrol prices and ignore its other unsettling effects on other facets of the society.

A way bigger waste than the “waste” of petrol subsidy is the humongous amounts we expend monthly to subsidize the obscene opulence that Nigeria’s political elite—from the president down to a councilor—luxuriate in. Nigerian political elites are some of the most remunerated elites in the world. They even earn more perks than their American counterparts. But no one is talking about this subsidy. Only the comparatively miserly “subsidy” that makes life just a little easier for the common people is subject to scrutiny.

The canard about why the fraud in the oil subsidy regime justifies its discontinuance is disingenuous. It’s the government’s responsibility to catch and stop the fraud. If it can’t fix something as basic as fuel subsidy fraud with all the powers and resources at its disposal, the government has no reason to exist. It has no business being in the business of governance.

It is conscienceless to transfer the burden of government’s incompetence to the masses who are already reeling under the weight of an unbearably crushing existential misery.

Every responsible government in the world subsidizes the products its citizens use to survive. State governments in America collectively spend $10 billion to subsidize the fuel consumption of their citizens. The Biden administration just ordered the release of emergency oil reserves in its bid to bring down the prices of petrol, which have gone up in the last few months.

The American government also spends $20 billion every year to subsidize agriculture in what is called “farm income stabilization.” That’s why food is dirt cheap in America. And we are talking of the world’s wealthiest country. If anyone tells you America doesn’t subsidize the fuel consumption of its citizens, stare him straight in the face and call him or her a fraud without blinking!

Subsidy isn’t just a moral imperative; it’s also an existential imperative. If people are left to grapple with the smoldering violence of unchecked capitalism, they will either die off (if they are stupid and docile) or revolt against the source of their misery (if they are smart and active). There is no middle ground.

Nigeria has one of the lowest and most stagnant wages on earth. A further increase in petrol prices, which will add more fuel to the inflationary fire that is already burning Nigeria to the ground, will only deepen the misery and torment that everyday Nigerians are going through.

What is the benefit in being an oil-producing country if the money that accrues to Nigeria from oil merely subsidizes the epicurean pleasures of the elite while the poor are metaphorically forced to hold cream on their hands while their faces are dry? I would be at peace if Nigerians pay high prices for petrol—like our neighbors— because we don’t have it.

If Nigerians choose to accept this with listless abandon, it’s their choice. In any case, labor, which used to fight price hikes, has been dead like a dodo since the Buhari regime came on board. Labor activists are now safely ensconced in the filthy pockets of the government.

I only worry for the millions of people who have no alternative, who live on less than $1 a day, who literally vegetate on the very edge of existence, who will be consumed by the hyperinflationary inferno that is sure to follow the impending cruelly insensate punishment of the masses.