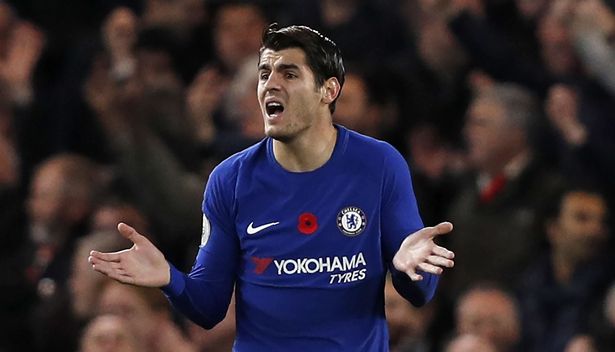 Alvaro Morata’s emotional response to scoring his first Chelsea goal since the middle of August was welcomed by Maurizio Sarri.
Morata missed an early sitter in Thursday’s Europa League tie at home to Vidi, but made amends with the winner in the second half.
It was the first time Morata, whose first season in English football was disrupted by a back injury, has scored since a 3-2 win over Arsenal in the Premier League.
“I don’t know,” Sarri replied when asked if Morata had cried after scoring. “But if after a goal he wants to cry, I hope to see him cry very often.
“Really very happy for him. It’s very important for him to score. I think it’s very important for him to play a very good match. He played a very good match.
“It’s very important for him to play for the team, like this evening. I think Alvaro can restart from this performance.”

APGA has been hijacked by a cabal, says Uwazuruke