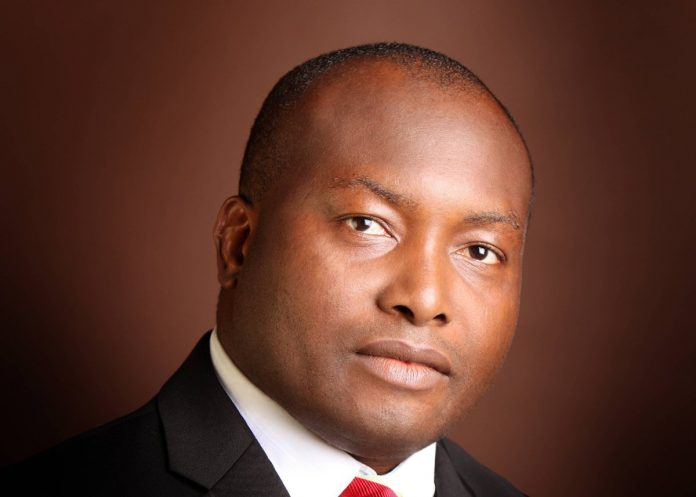 The senator representing Anambra South, ifeanyi Uba, has sought an order of a Federal High Court, Abuja to visit leader of the prosecribed Indigenous People of Biafra (IPOB), Nnamdi Kanu, at the Department of State Service (DSS) detention.

Uba, who is also the candidate of Young Progressives Party (YPP) in the Nov. 6 Governorship Election, said he filed the application so that an order of the court could be obtained to direct the DSS allow him access to the detainee.

The lawmaker, in a motion on notice with suit marked: FHC/ABJ/CR/383/2015 dated and filed on Oct. 15 by his counsel, Agugoesi Ikem, sought three orders.

He said as a senator from the zone, he took it upon himself to carry out his oversight legislative functions to visit the Kanu at the detention facility to ascertain from him “if he is involved in any way in what is happening in the South East.

“AN ORDER of this Honourable Court granting Leave to Sen. IfeanyiUba to visit thé Defendant, NnamdiKanu, as part of his oversight legislative function.

“AN ORDER of this Honourable court directing the Complainant and/or the Department of State Services(DSS) to allow the said Senator Dr. IfeanyiUba access to their detention facility for purposes of visiting the Defendant, Nnamdi Kanu.

“AND OTHER ORDERS OR FURTHER ORDERS as the Honourable court may deein fit to make in the circ mstances of the case,” it read.

In the affidavit in support of the motion, Uba said that as a lawmaker from the South East Geopolitical Zone, he was bound by the oath he took to ensure peace and security not only in the region but the entire Nigeria.

It reads in part: “That I state that as a Senator of the Federal Republic of Nigeria, it is one of my responsibilities to ensure the promotion of the Constitution of Nigeria and other laws of Nigeria.

“That I know that the Defendant in this matter was arrested and brought into Nigeria by the Department of State Services(DSS) of the Federal Republic of Nigeria and since he was brought into Nigeria, he had been detained at the detention facility of the DSS pending his trial.

“That I know that by the Constitution of Nigeria every citizen, including the Defendant, that is charged with an offence is presumed innocent until the charge is proven.

“That I know that the Defendant was charged with several offence and the DSS had only produced him on one occasion in court.

“That there is an allegation that criminalities are being championed by the Indigenous Peoples of Biafra under the leadership of the detained Defendant; an allegation which has been denied severally; yet the situation continues to worsen. .

“That I visited and intend to visit the Defendant in my capacity as a senator of the Federal Republic of Nigeria and for purposes of attempting to ameliorate and fashion a meeting point or create a discussion table aimed at reducing tension and quelling the agitation and killings in the South East,” Uba said.

However, no date has been fixed to hear the application.

Kanu’s trial comes up on on Thursday before Justice Binta Nyako.