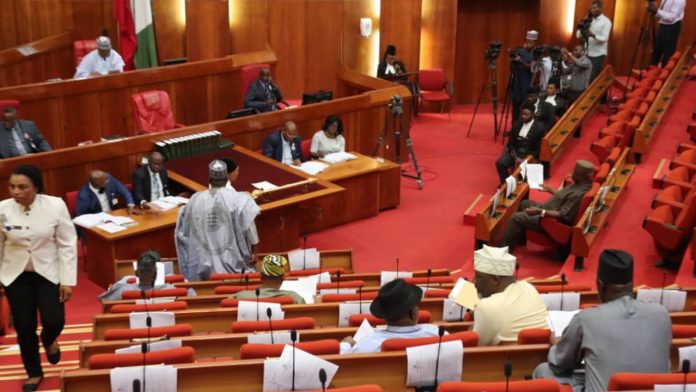 The Senate has commenced moves to stop processing delay and illegal charges on cargo transport by freight agents in the country.

The Senate decision followed a motion sponsored by Sen. Bala Na’Allah (APC-Kebbi) during the Wednesday plenary

The motion was titled: “The need to streamline Import and Export Cargo Processing in the Aviation Sector”.

Rising under Orders 42 and 52 of the Senate’s Standing Rules, Na’Allah noted with dismay the loss of about N250 billion on agro-export of produce in the country.

According to the lawmaker, the loss which translates to a ratio of 87:13 continues to impact negatively on the country’s economy.

He lamented that loading 100 tons of cargo on aircraft cost around 35,000 Dollars in Nigeria, compared to Ghana that cost just about 4000 Dollars.

He said, “this has caused substantial damage to the Federal Government efforts of stimulating Capital Inflow”, adding that, “airlines involved in cargo transport have started avoiding Nigeria in view of the prohibitive charges.”

The Senate, accordingly, mandated the Joint Committees on Trade and Investment, Agriculture and Rural Development, and Aviation and Customs to invite stakeholders and Freight Agents to come with acceptable template of processing Nigeria’s Imports and Exports.