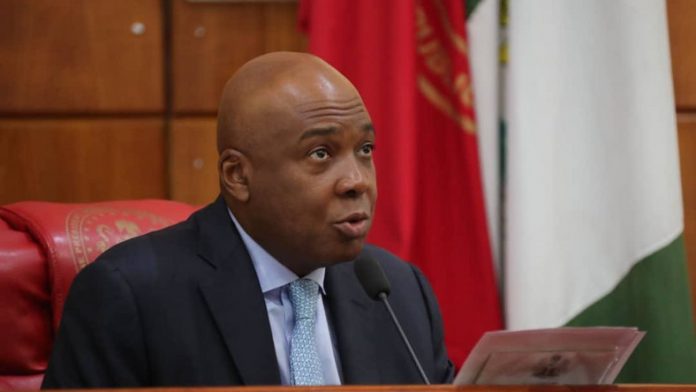 Bukola Saraki, the President of the Senate, has disowned the management of the National Assembly led by Mohammed Sani-Omolori, the Clerk, over the stringent conditions imposed on journalists seeking to cover the activities of the Ninth Assembly.

Saraki, in a statement on Tuesday by his Special Assistant on New Media, Olu Onemola, stated that he remained committed to the freedom of the press.

The statement explained that Saraki’s antecedents as the Chairman of the Eight National Assembly showed that he has always believed in the right of journalists to operate unhindered in order to promote transparency.

Therefore, The President of the Senate vowed to institute and probe into the idea behind the guidelines because neither himself nor the Speaker,  House of Representatives,  Yakubu Dogara,  were aware of it.

The statement further read, “The attention of the President of the Senate, Bukola Saraki, has just been drawn to a story that is circulating on social media about the National Assembly issuing new guidelines to journalists.

“These alleged guidelines have not emanated from either the Senate President or the Speaker and will be promptly investigated.

“The public should note that the Eight National Assembly has been committed to the freedom of the press as exemplified by its work to bring governance closer to the people through live streams and live tweets.

“This is because the leadership of the 8th National Assembly believes strongly in the freedom of the press and in carrying the Nigerian public along.

“Hence, the Senate President and all his colleagues will continue to work to ensure that these freedoms remain unhindered,” Onemola said.