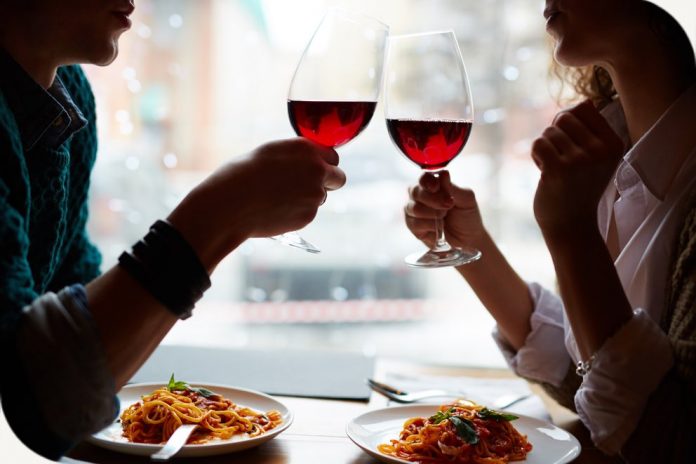 Podcast presenter Dan Savage gives amazing V Day tips to couple’s looking for a romantic romp and men bewildered by the annual love festival.
A SEXPERT has given one simple piece of advice to couples looking for a romantic Valentine’s Day romp.
Podcaster Dan Savage revealed his top tips for lovers facing V Day performance anxiety in an interview with GQ.
The sexpert had one piece of amazing advice for couple’s hoping for some Valentine’s Day nookie
And his advice is ingeniously obvious.
He advises couples to have sex BEFORE going out on a Valentine’s Day date.
Dan said he was overwhelmed with letters on February 15 from people heartbroken because their partner didn’t sleep with them.
He told the magazine: “People asked me if their relationship was doomed, or if their partner wasn’t attracted to them anymore.
“Because they got flowers, they got chocolate, they got taken out to dinner, but they didn’t get f****d.
Dan Savage is a podcaster and sex advisor who offered up some Valentine’s Day tips
“I would look at that trajectory: flowers (who gives a s***), chocolate (I love chocolate), a big heavy romantic meal with win and creme brulee…who wants to f*** after that?”
Dan advises to nookie up before you head out for that slap up meal.
He adds: “Not only will the sex be out-of-the-way, but it’s easier to get a reservation at 9 or 10 o’clock and then when you go home you won’t be going home to performance anxiety or disappointment if nothing happens.”
He said a lack of action after a big meal probably means your partner is “full and exhausted – and drunk.”
Dan advised couples to have sex BEFORE they go for dinner to relieve the tension – and before you get full up and drunk
Dan admits he, and his husband Terry, are not Valentine’s Day fans themselves.
But he does have great tips for guys worried about impressing.
He said: “Never escalate.
“Because if you set yourself up to outdo what you did last year, you put yourself on a path of an arm’s race.
“Find something that works, a certain kind flower that she loves, or a kind of expensive chocolate that does whatever chocolate does to women.”
Love Actually facts shock fans who can’t believe they never noticed them before.
FAIR PLAY?
Prince George and Princess Charlotte are banned from playing with this toy
Dan also says it’s a sexy move to let your partner dirty dance with a stranger on your night out.
He said: “There’s nothing sexier than seeing your partner through somebody else’s eyes.
“Go out dancing with other people, together. The moment your see your partner desired by another person in a moment that reawakens your own desire.”