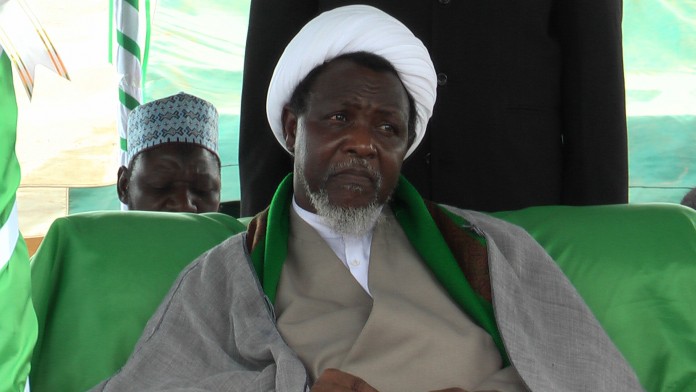 Members of the Islamic Movement of Nigeria, otherwise known as Shiites, on Tuesday trooped out in Abuja to protest the continued detention of their leader, Sheikh Ibrahim El-zakzaky, vowing to continue the protest until he’s released from detention.

Mr. El-Zakzaky was arrested by the military on December 14, 2015, after a clash between the movement and officers of the Nigerian army which led to the death of at least 347 members of the group.

During the latest protest, spokesman of the movement, Abdullahi Musa, urged the Federal Government to immediately release El-Zakzaky who has been in detention for 36 months.

The IMN leader is facing trial over allegations of culpable homicide, unlawful assembly, and disruption of the public peace, among other charges and has remained in the custody of the Department of State Services (DSS) throughout the period of his trial.

El-Zakzaky who was first arraigned on May 15, 2018, alongside his wife, two years after their arrest in December 2015 in Zaria, has been severally denied bail by a Kaduna State High Court.

The Federal Government has on several occasions ruled out the possibility of releasing the detained leader of the Islamic Movement of Nigeria, Ibrahim El-Zakzaky, despite the court order asking it to do so.

A top Presidency official who pleaded anonymity told journalists that the cleric’s continued detention is in “security and public interest.”

He said since the constitutional objective of government as stated in Section 14 (2) (b) of the nation’s constitution was public and not individual security, there was the need for the cleric to remain in detention.

He said, “The issue of the release of El-Zakzaky is not exclusively legal. It has security and public interest as against individual interest undertones.