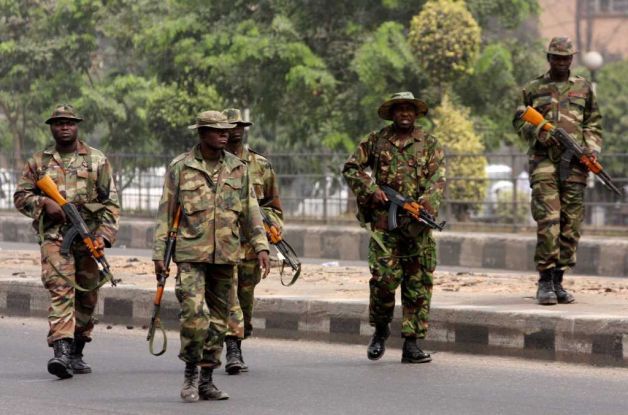 Two vehicles carrying caches of rifles and some men have been arrested and detained by soldiers manning checkpoints in Abuja.

The suspects were arrested Thursday at the Kuje area based on military intelligence by the 176 Battalion, Gwagwalada.

According to Sahara ReportersSaharaReporters learnt that the Fulani suspects were nabbed by troops of 176 Battalion, Gwagwalada.

A source said the suspects were still undergoing interrogation after which they would be handed over to the police for prosecution.

“They hid several locally made weapons inside their Golf car. Some of the residents of the area provided intelligence to the military,” the online newsportal quoted the source as saying.

“They are still being quizzed on how they got their weapons, where they were heading and what other crimes they had committed,” the source explained.

President Muhammadu Buhari has given a shoot-at-sight order to anybody bearing AK-47 and other dangerous weapons.