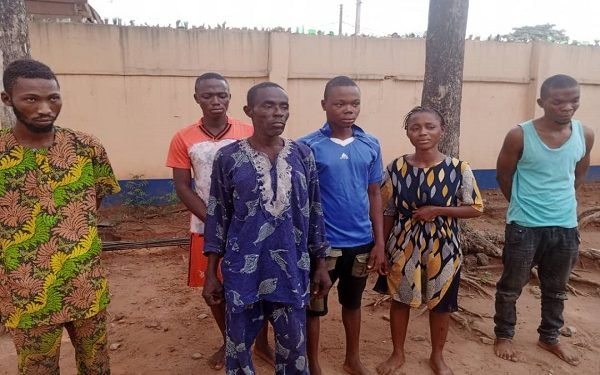 The Ogun State Police Command has unearthed a crime ring comprising father and children based in Delta but running a kidnap for ransom ring in Ogun.

They kidnapped no fewer than eight people, including a pastor, a dealer, and others before their arrest.

The other Okparas—Godwin, Godspower, and Matthew—who formed the armed square are in police custody in Delta State.

According to the state’s Police Public Relations Officer, Abimbola Oyeyemi, the five suspects caught in the Ajaka area of Sagamu.

“Divisional Police Officer of Sagamu, CSP Okiki Agunbiade, and his crack detectives with the support of Sagamu security council under Akarigbo of Remo land embarked on intelligence and technical based investigation, which led to the arrest of one Oweniwe Okpara from Delta state and three of his children: Samson Okpara, Bright Okpara and Eze Okpara as well as one Christian Ishaha who accommodated them.”

Ogun has also been witnessing a rise in the wave of kidnapping, and majority of the incidents have been pinned on Fulani herders.