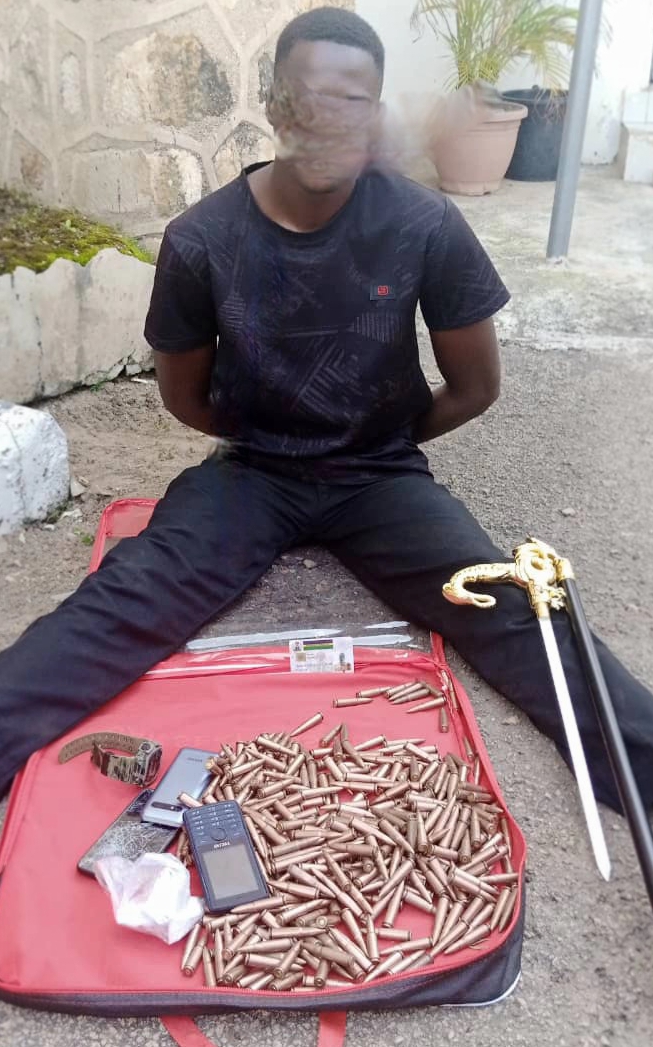 The taskforce also known as Operation Safe Haven (OPSH), said a 60-year old man, Mr. Nengak Daniel was also an accomplice but died while trying to escape from troops of the STF.

According to Takwa: “Luck ran out of the suspects when the driver of the car attempted to maneuver the military check point. Unfortunately for them, their car hit the barricade at the check point which resulted in the death of the 60-year old.

“The body of the deceased suspect have been handed over to the Police Divisional Headquarters at Barkin Ladi while the other suspect is undergoing interrogation”.

He said preliminary investigation revealed that the Sergeant drove the vehicle.

“Other items recovered from the suspects include a Toyota Pathfinder car, a cash sum of Two Hundred and Five Thousand, Seventy Naira (N205, 070.00) only, one empty case of ammunition, one Dagger, a torchlight and 3 Techno phones. Others are; national identity card, 3 wraps of a substance suspected to be cannabis and a bag containing clothing materials”, Takwa said.

Our correspondent reports that the Commander, OPSH, Maj-Gen. Ibrahim Ali, has commended the troops for their vigilance and has reiterated the determination of his Command to flush out criminal elements in Plateau and it’s environs.