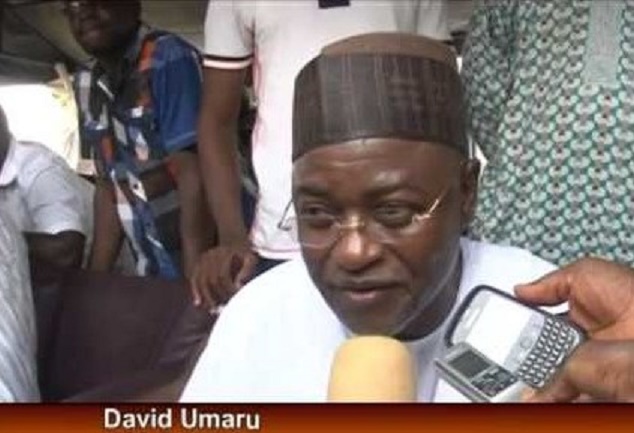 The Supreme Court on Friday sacked David Umar as the Senator representing Niger-East in the newly constituted ninth Senate and declared Muhammed Musa as his replacement.

Umar was the  Chairman, Senate Committee Chairman on Justice, Human Rights and Legal Matters, in the last Senate.

In a unanimous judgment of the five-man panel led by the Acting Chief Justice of Nigeria, Justice Tanko Muhammad, the apex court nullified the earlier verdict of the Court of Appeal in Abuja, which had validated Umar as the rightful candidate of the All Progressives Congress in the February 23, 2019 senatorial election.

The apex court, after nullifying the Court of Appeal’s judgment, restored the earlier verdict of the Federal High Court which had declared Musa, as the rightful candidate of the party.

Justice Folashade Giwa-Ogunbanjo of the Federal High Court in Abuja had on February 7, 2019, declared Musa as the rightful candidate.

In the lead judgment delivered by Justice Olukayode Ariwoola, on Friday, the apex court agreed with Musa’s legal team led by Chief Wole Olanipekun (SAN), that the Court of Appeal wrongly interpreted the provision of section 285(9) of the Constitution.

Justice Ariwoola held that the Court of Appeal was, therefore, wrong to have struck out the suit filed by Musa before the Federal High Court after adjudging the suit to be statute-barred.

He held that contrary to the Court of Appeal’s judgment, Musa had instituted his suit within time, as the mandatory 14 days period within which the suit ought to be filed, should be counted from the date the Independent National Electoral Commission published the names of candidate and not from the date a winner of the primary was declared.

Justice Ariwoola held, “At the end of the day, as this court has held in some other judgments including the one delivered yesterday (Thursday), that, time began to run not from the time primary election was conducted but at the time the name of the 1st respondent (Umaru) was forwarded to INEC instead of the name of the appellant.

“In the circumstance, the court below was wrong in holding that the action was statute barred.

“The court below was wrong in its interpretation of section 285(9) of the Constitution (as amended) in view of the available facts.

Other members of the panel, including the Acting CJN who headed it, agreed with the lead judgment.

Share this on WhatsApp
Related Topics:APCSENATOR DAVID UMAR
Up Next