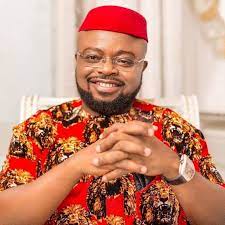 The Supreme Court on Wednesday upturned the judgement of the Court of Appeal, and declared Ifeanyi Odii the governorship candidate of the Peoples Democratic Party (PDP) in Ebonyi State for the 2023 general elections.

The Supreme Court set aside the judgement of the Court of Appeal in Abuja that declared Senator Obinna Ogba the PDP governorship candidate in Ebonyi.

Justice Lawal Garba reading the lead judgement of the five- man panel headed by Justice Amina Augie, stated that Senator Ogba did not have the right of Appeal because he was not part of the suit when the matter came up at the trial court in Abakaliki, where Ogba’s candidature was upturned.

Ifeanyi Odii gad emerged winner of the  PDP governorship ticket at a primary conducted on May 28th and 29th, 2022, which was cancelled.

Senator Ogba later emerged winner at a rescheduled primaries on June 4th and 5th, 2022. Odii then proceeded to  a Federal High Court in Abakaliki where Ogba’s nomination was nullified. Ogba, then proceeded to the Court of Appeal, which restored him as the PDP governorship candidate; now reversed by the Supreme Court.