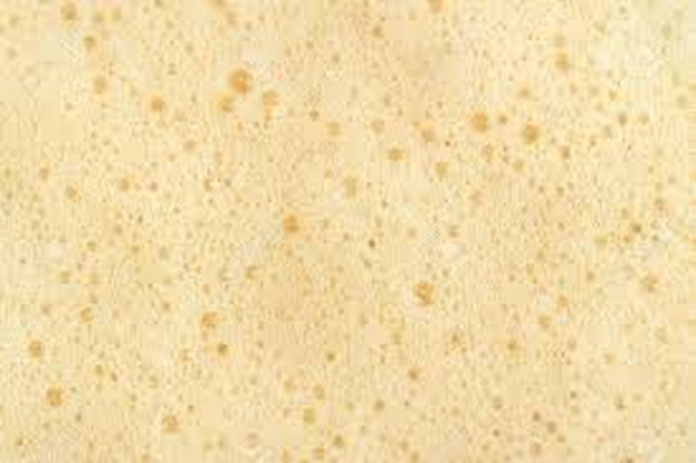 Nigeria is leaving no drink untasted in its 2022 revenue push. Even in an industry where consumption is all a fizz

Armed with snippets of stats and gut feelings, Nigeria has slammed its citizens in their sugar teeth, and flung a wrench in the industry juicing up carbonated drinks for Nigerians.

Below its veneer of public health motivation, the decision, many believe, reveals how the government is going for broke to generate revenue for 2022: just itching to hit pay dirt in the most unlikely of places.

Except for its quest for more at all costs, Nigeria is already making sweet money from sugar itself—as much as its consumption permits.  The Nigeria Sugar Act empowers the National Sugar Development Council (NSDC) to slice off 10 percent from every sugar import, the nation’s major source of sugar. No fewer than 21.9 million metric tons (compared to 598,000 metric tons produced) of sugar were imported between 1990 and 2020. The import costs in the period add up to about N10 billion, NSDC data indicates. That was N1 billion in 27 years. A cash-strapped government will sure want to do more.

Marcel Okeke, a public finance analyst, thinks it’s all good. “I believe the government has good intentions, and the right to determine how to generate revenues,” he told the National Daily.

But going ahead to levy N10/litre excise duty on Nigeria’s sweet beverage manufacturers (over 100 of them) isn’t promising more money. Not when they now have to squeeze final consumers (after VAT), adjust production, and shrink business. For one, the government forecast that a sweet spot for sugar tax exists in the population might just be a mirage.  And the market sentiment about the levy is not even saccharine.

On the world sugar map, Africa’s biggest market in the carbonated soft drinks (CSD) industry is not occupying a pride of place yet. Nigeria ranks 130, a universe behind the UAE, Djibouti, Saudi Arabia, and others in the top 20, according to data sourced from the USDA, Euromonitor International, AB Sugar, Statista, MDPI, HelgiLibrary and The Washington.

Per capita annually, an average Nigerian consumes 8kg, which is about 2,068 spoonfuls. That is 3.3 percent of the UAE per capita consumption in a year, which stands at 243kg, about 53,591 table spoonfuls.

The federal government sugar figures are no better.

But Dr. Ifeanyi M. Nsofor said the Nigeria per capita consumption of 7.7kg could be an average. ‘There are Nigerians who consume 20kg of carbonated drinks. “Even though our average per capita consumption is low, the government needs to deter citizens from consuming sugar,” the senior vice president for Africa, Human Health Education and Research Foundation, told the National Daily.

Nigeria’s sugar consumption fares lower compared to most benchmarks, including the WHO, which is 50g (0.05kg) daily—between five and 10 table spoonfuls. Or about 3600 table spoonfuls yearly.

The prospect of making a kill in the market dims further when the tax collector considers the figure: a population of 202 million drank just over 39 million bottles of CSDs in 2016, as Euromonitor, a trend forecasting group, found out. So with a surcharge of N10 per bottle, the sugar tax can only rake in about N300 million annually for Nigeria.

That’s a crude estimate, though, and it’s miserable. On that, Okeke insisted “government has information that we may not have”.

Finance Minister Zenab Ahmed said there are billions of naira to be made. Even when the figures are fussy.

Most analysts and market watchers agree the industry’s figures are even dwindling, despite the widening middle class in Nigeria.

The numbers have to, considering the trend in consumption. Many Nigerians are taking their health seriously, reading product labels, terms and conditions, and taking other measures that can reduce spending on health. Agnes Orilade (not real name) said she was losing shape when she had to stop. At about 5.6-foot-tall, Agnes weighed 72 kg for all the years she got hooked to the bottle, doing two daily. “Now I eat more of fruits and vegetable. And I exercise,” she told the National Daily. And she agreed many like her, despite government apathy, have an idea of what health havoc sugar can wreak.

The awareness has made many switch from sugary beverages to organic substitutes (or brands) with little or no sugar. Consumers who still chug such sweetened beverages take bitters or other extracts religiously, with the belief the witch’s brew can remove excess sugar, and detoxify their systems. (The bitters market, according Nairametrics, was N32 billion as of 2014)

Brands have been adjusting, too, in their responses to the market demand. Honey, nectar, and other organic sweeteners now replace molasses, fructose, sucrose, and other nicknames manufacturers use to hide sugar on product labels.

Almost all the findings pin obesity and overweight down to consuming too much added sugar. But some experts dispute the claims. For instance, John Hopkins expert Chiadi E. Ndumele, M.D., M.H.S., believes there’s not sufficient evidence to prove the relationship between sugar and obesity. They can only prove consumers burst their waistlines—exceed a Body Mass Index (BMI) of 22—rapidly when they drink lots of CSD and others. On the other hand, non-sugar eaters with large-bones and hefty tissues can also tip the BMI scale.

With all the bits and guesstimates put together, and no consideration of the tax impact on the industry, the federal government insists the idea is sound. By Ahmed’s figure, the government will reap N81 billion from the tax between 2022 and 2025.

“That would not be enough to compensate the government’s revenue losses in other areas,” the Manufacturers’ Association of Nigeria Director-General Segun Ajayi-Qadri said after the 2022 Finance Bill was passed.

He, too, reeled out his association’s estimates—figures of losses and contraction almost half of the industry size.

“The effect of reduced industry revenue on government revenues is estimated to be up to N142 billion contraction in Value Added Tax (VAT) raised by the sector, and N54 billion Corporate Income Tax reduction between 2022 and 2025,” he said.

All that contraction might just be MAN’s headache. Health experts don’t care about business.

“When you introduce tax, people will think twice before they drink beverages,” said Nsofor.

Okeke said such tax is new in this environment, and ‘that’s the cause of all the brouhaha” by MAN and others.

“There are three things the government want to achieve, and it has the right to do so,” he said.  “The first is to make money through the excise duty; the second is to impact production, and the third is to reduce the health impact of sugar consumption.”

To discourage production and consumption of beverages, and still wring the market, already in decline, of billions of naira will be the paradox of 2022.