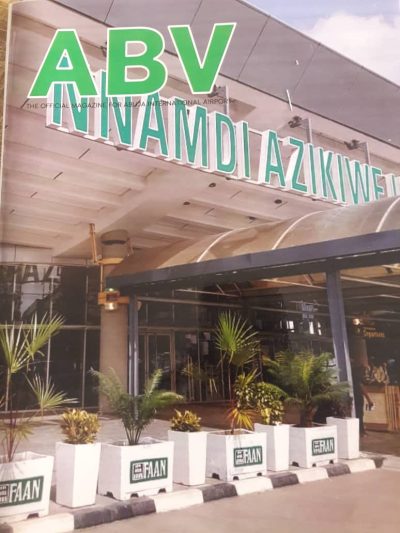 The passengers at the NAIA made the call in separate interviews with the News Agency of Nigeria on Thursday in Abuja.

According to them, strengthening the value of the naira will help local airlines operators to buy the aviation fuel (JET A1) at a less exchange rate and will reduce the cost of domestic flights.

A passenger, Mr Olakitan Raymond, a media and entertainment expert, urged the Federal Government to put in place system that enable the nation’s currency to appreciate, saying this would in turn affect the price of the aviation fuel.

He said devaluation of naira had been the usual occurrence in recent years in the country, which had greatly contributed to the scarcity of aviation fuel.

“This is making local airlines to keep increasing their air fares. I am coming from Lagos. The ticket was about N72,000 and I booked two days ago with Air Peace.

“Air fare is very high. Of course, in December now, it is going to shoot up. Airlines are also complaining about operation charges, different taxations among others.

“Those in charge of economic policy should know what to do and how to go about it to rescue Nigeria, “ he said.

Pastor Segun Akanmu appealed to Federal Government to do the needful to free the nation from inflation that had been badly affecting aviation sector.

Akanmu said travelling by air was no more for commoners in the country as the air tickets of all the local airlines were out rightly outrageous.

“I travelled to Lagos two weeks ago. I bought the ticket for N78, 000 from Ibom Air, while my return to Abuja on Air Peace was N70.000. The situation in the country is alarming.

“The government also increased the fare for parking space, and made toll gates for other parking spaces, which used to be free. Most of these things bounce back on the passengers.

“Initially, the airlines increased the fare to N50, 000. Immediately they discovered that fuel aviation was becoming scarce, they have to increase it a little bit, “ he said.

Another passenger, who worked with Nigerian Woman Trust Fund, but preferred anonymity, explained that aviation sector was at a critical stage and the relevant stakeholders` attention were urgently needed for its survival.

He said the masses were not finding it easy to travel by air as usual to their places of interest as a result of exorbitant prices of tickets.

“My colleague and I paid N178, 000 for our flight from Abuja to Taraba on Tuesday. For our coming, we paid N140, 000 from Taraba back to Abuja by Air Peace for economic class.

“We booked like two or three days to our departures“ he said.

“Imagine the hours we were being delayed without any genuine excuse from them, “ he said.

Mrs Duro Ajala, a passenger told NAN that the increase in fuel prices and foreign exchange really posed serious challenge to the industry.

According to her, the Airline Operators of Nigeria (AON) many times complained about unavailable FOREX for spare parts and maintenance.

“All these factors come to play when they are charging for their tickets. Government just need to intervene by apply best practice system to address burning issues in aviation sector.

“The price has actually gone higher. Though, it is fast and safe to travel by air compared to by road or any other means. You need to choose between high cost and your own safety, “ she said.

“It is now governed by demand and supply. We are against predatory practices; which is under-pricing, “ he said.

In spite of high air fares, NAN observes that most flights to and from Abuja are always fully booked.

The minimum ticket fare for a three-week booking on Air Peace, Max Air, Dana Air, Ibom Air and others have been pegged at 65,000 flat rate.