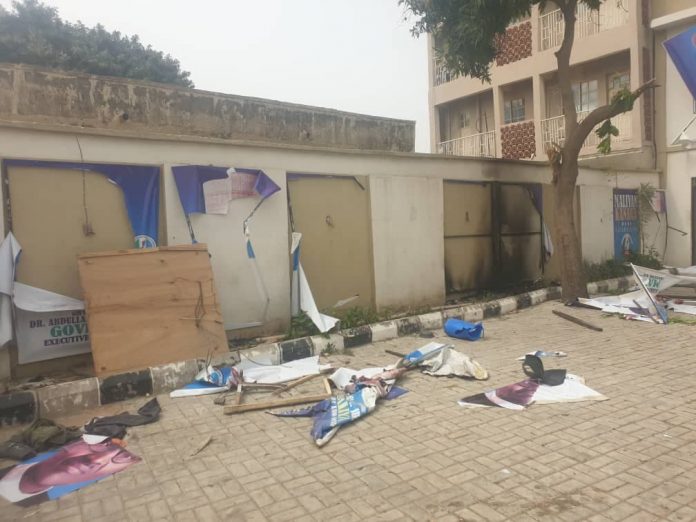 Following the Tuesday court victory of the G-7, the Ibrahim Shekarau faction of Kano APC, hoodlums believed to be loyal to Gov. Abdulahi Ganduje faction, in their hundreds, attacked the campaign office of their rival on Thursday.

The affected building belongs to former Minister of Labour and Productivity Musa Gwadabe.

The secretariat is currently being heavily guarded by the police.

Kano Police Public Relations Officer, Abdullahi Haruna Kiyawa, said they were in a meeting over the issue.

“We are already in control of the situation, and my Men have fully taken over the place as we are investigating what happened,” CP Ismaila Dikko was quoted as saying.

Security has also been put in place for Sen Senator Barau Jibrin, a 2023 gubernatorial aspirant in Kano, whose campaign office was torched.

Jibrin belongs to the G-7.