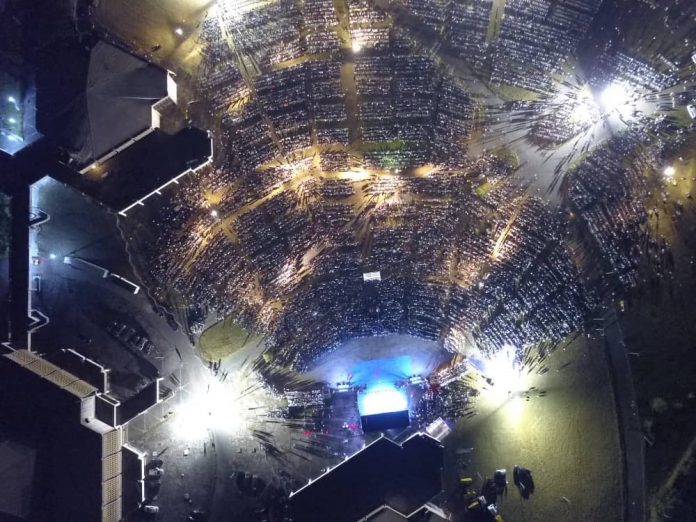 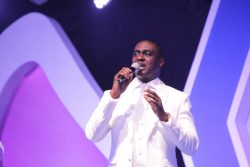 Christ Embassy Lagos Zone 2 organized an all-night program which held at the International Trade Fair Complex, Ojo Lagos on Friday 22nd of March 2019 tagged Night of Bliss Special Lagos. Throughout the program, there was an avalanche of the supernatural and the tangibility of the God’s presence was undeniable. Several people received salvation, solutions and diverse miracles were wrought and all in attendance went home rejoicing.

The church had previously held three of such major crusades back to back and all were resounding successes, however this year’s success was superlative, and the fame of the awe-inspiring success has been celebrated and noised abroad. 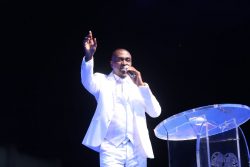 There was a deliberate and strategic plan to make the achievements of 2018 look like child’s play compared to that of 2019 as declared by the President of our ministry Rev (Dr) Chris Oyakhilome D.Sc DD and so the Zonal Pastor, Senior Pastors, Church Pastors and the leaders went all out publicizing the program and inviting people in their immediate environment and beyond. The success achieved was a result of several weeks of intense praying, consistent publicity and insistent invitation and all preparations exhibited a unique demonstration of the Spirit of God.

The congregation responded with excitement to every segment – praying intensely, joyfully praising and worshipping God, responding with joy to the timely and life changing message of the esteemed Zonal Pastor, Pastor Emeka Eze

The meeting kicked off with the Mass Choir leading the congregation in praise and worship and also featured various prayer sessions led by senior pastors in the zone. At the opening ceremony, there was an awesome display of talents from the members of the zone as superbly choreographed numbers and inspiring dances had everyone on their feet giving vent to blissful sounds and steps. There were also soul lifting and inspiring songs from several artistes including Sharon, MeRhymes, Souljah, Priceless and many more… 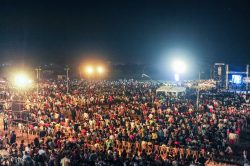 In his welcome address, the Chairman of the Organising Committee, the esteemed Pastor Dipo Isaacs said “this is your night!!! It is Night of Bliss and God has planned specially for you tonight. Open your hearts to receive. All you have to pay is attention” There was an inspiring talkshow on ‘The Use and Benefits of the Pastor Chris Digital Library – an app via which all messages preached by the Man of God can be listened to or watched and Kingschat – a social media app ” were discussed.

The moments of  worship and praise with LMAM artistes, including Testimony (Mr Jaga), ADA, Joe Praize and Chris Shalom gave increase to the manifestation of the Spirit and the ministry of angels in the arena.

The esteemed Pastor Ese Eze prepared the hearts of the congregation to receive the best of what God had planned for them in a brief but powerful session.

The arrival of the esteemed Zonal Pastor, Pastor Emeka Eze on stage took the meeting to even greater heights. As he ministered the entire crowd who listened with rapt attention. The faith of Christians was stirred for a more glorious life in Christ while unbelievers had their eyes enlightened to see the end of all their struggles and when he made the altar call, thousands rushed to the stage to give their hearts to Christ! Thereafter, he began to call out cases of those being healed in their bodies and he ministered to the sick and infirm commanding the demons to come out of their bodies and several miracles occurred – the blind saw, the lame walked and diverse sicknesses were healed.

Copies of our ministry materials such as Rhapsody of Realities, Now That You are Born Again and free PCDL vouchers were distributed to first timers and new converts.

New converts were also immediately indoctrinated into a core sacrament of the gospel which is baptism as they were gloriously baptized by immersion at the venue!

Truly the Night of Bliss Special Lagos will surely be talked about in the city of Lagos for a long time. To God be the glory!