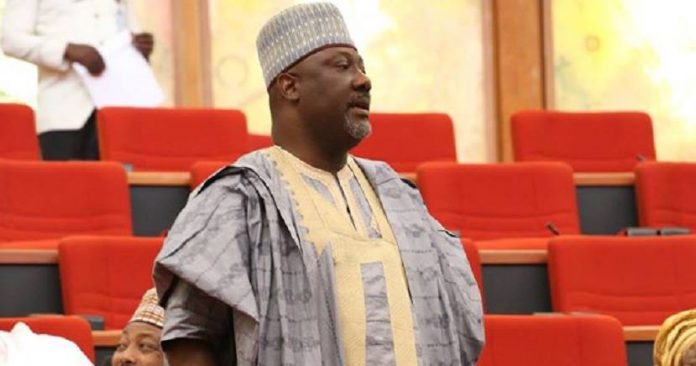 Senator Dino Melaye representing Kogi West in the red chamber of the National Assembly has threatened sterling Bank with court action if the bank should accede to a N32bn loan to the Kogi state government under Yahaya Bello.

The controversial senator who recently won a re-election warned the bank to expect massive protest and court action from him and others if the loan was granted.

In a tweet on Friday, Melaye who has been having a running battle with the police over an attack on a policeman, described Governor Bello as a spendthrift.

”Kogi State 4 sale soon as Yahaya Bello has concluded plans to borrow 32billion naira from Sterling Bank. If Sterling Bank make the mistake of giving Akotileta this money. We will go to court bc there is no compliance with our extant laws. The Bank should expect massive protest.”

Melaye had earlier disclosed that he was going to court to challenge the state governor and House of Assembly over what he described as the ”illegality of the local government caretaker chairmen.”

”I’m heading to court this week to sue Yahaya Bello & Kogi State House of Assembly over the illegality of the L.G caretaker chairmen. From my concluded investigation they will all end up in prison for corruption. We are fine tuning our petition and the world will be shocked.. SDM”, Melaye tweeted.