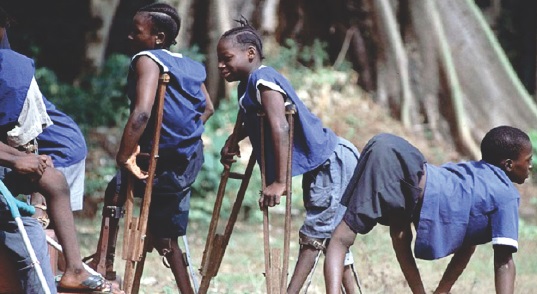 Nigeria has two more years to wait before the World Health Organization yanks it off the list of polio endemic nations. But the odds are daunting here, and the signs less than stimulating

JULY 24, 2015, Nigeria celebrates one year without the crippling Polio Virus knocking down another child—the longest it has gone without recording a case.
And that’s notwithstanding the obstacles posed by Islamic extremists who assassinated nine women vaccinators in February 2013 to rumors the vaccine was a plot to sterilize the predominantly Muslim North and ravage them with the HIV/AIDS.
At any rate, Nigeria still has two more years before it can be certified officially polio-free by the World Health Organization [WHO]. Provided transmission is interrupted entirely and sudden flare-ups and reversals are kept in check.
That’s a daunting task really. And for several reasons too. OyewaleTomori, Nigeria’s chairman of the Expert Review Committee on Polio Eradication, for one,  has battled the virus for twenty years and likes to remind Nigerians the country almost kicked out polio once, only to fall back during elections in 2007 and 2011 when money was squandered on political campaigns at the expense of vaccinations.
Now that the Boko Haram Islamic extremists have renewed their violent bloodletting in more communities in the North-East—displacing several thousands of women and children—health experts are worried that immunization drive might not be too easy-peasy.What that means is that access of vaccinators to locations beyond the state capitals is severely constrained,  thus exposing health workers to danger as they try to testsewage and stool samples of refugees to ascertain the presence of the virus.
The anxiety is not exactly unjustified. the poliomyelitis virus can cause irreversible paralysis within hours of infection and often spreads among young children especially in areas with poor sanitation —a factor that makes it thrive in areas of conflict and unrest.
Already, the numbers of IDPs are ramping up in Maiduguri, the Borno State capital as well as other Boko Haram strongholds in Adamawa and Yobe States.
“They are living in overcrowded shelters with very poor WASH conditions and limited access to services,’ report said.
The downside of the complications is that Poor WASH infrastructure and hygiene practices in the IDPs camps and among local population heightens the risk of exposure to polio and other disease conditions such as the Vibrio cholera bacteria among children.
It’s no surprise then that Oyewale Tomori wishes above all things that Nigeria achieves more than 90 percent in its immunization drive so that another polio outbreak is staved off before 2017.
“Only the children who are not appropriately immunized against polio will continue to contract the disease.’
‘Indeed, if we can get over 95% of all Nigerian children, especially new-born children, immunized against polio, the chance of spreading polio through open defecation is significantly reduced,’ the Virology Professor explains to this newspaper.

The burden of poor Sanitation
He might as well be setting an impossible target. Especially with many Nigerians still practicing open defecation and shorn of access to potable water—two grim indicators that could help the polio virus to fester. According to WaterAid, an international development agency committed to the promotion of access to safe water and sanitation, about 112 million Nigerians, representing 72 percent of the population, lacked access to modern toilet facilities. Thus ranking Nigeria fifth on the league table of countries with poor sanitation facilities globally.
Although the Federal Ministry of Water Resources insists that only 33 million Nigerians practice open defecation, the WaterAid estimates almost tally with a United Nations estimates which revealed that “100 million of Nigeria’s 170 million people defecate in the open, while the percentage with piped water has shrunk from 12 percent in 1990 to two percent today.”
The disparity in figures notwithstanding, WaterAid Country Director, Dr Michael Ojo, lamented that since 2000, over a million child deaths occur in the country due to infections linked to lack of good toilets.
“This lack of access to basic sanitation harms the health of children and often leaves a lifetime legacy of disease and poverty.’
‘Those children need our government to collectively step up and commit that by 2030 no home, hospital or school will be without a toilet and clean water,’ Ojo said.

The corruption dimension
August 2010, Yobe State Governor, Ibrahim Geidam told Nigerians he was expendingN200 million purportedly to erect 31 standard public toilets in all of its 17 local governments areas. The move then was to confront the menace of open defecation and prevent air and water-borne diseases  in the state. Four years after, specifically in February 2014, Governor Geidam parodied the same story when he announced plans to shell out another N620 million for the construction of 432 pit toilets in schools and other public places across the state. This time around, in collaboration with the African Development Bank [ADB].
That’s approximately N820 million plunked down in just four years for a total of 463 toilets.
But placed side by side the N142.4 billion the EFCC accused the 11 former Northern State Governors in its chains to have stolen from each of their State treasuries, the N820 million will amounts to an insignificant 0.0057 percent.
If the money had not been stolen however, and with the Yobe State model as a benchmark, it is huge enough to provide the eleven Northern states from where the money had been pilferedwith a total of 80,404 public toilets to ensure children and women don’t die from infections and other diseases arising from poor sanitation.
According to British standard recommendation, 100 persons are assigned to 8 water closets, therefore the same N142.4 billion stolen by the erstwhile Northern Governors on trial could have ensured that over one million impoverished citizens in the eleven Northern states enjoy the use of a decent toilet facility.
The National Population Commission [NPC] puts the population of North-East Borno, Yobe and Adamawa States at about 4.2 million; 2.4 million and 3.2 million respectively based on its 2006 census. Put together, the three states have a population of about 9.8 million citizens. Maybe that statistics would have dipped now given the unrelenting massacres and displacements that have triggered grave humanitarian emergencies in the region—forcing traumatised women and children to seek refuge in neighbouring Chad, Cameroun and Niger Republic.
And if Yobe State, one of the three Boko Haram battlefields in the North-East could appropriate N820 million to construct 463 toilets for its 2.4 million harried citizens, the three red zones of Adamawa, Borno and Yobe altogether would have required just a paltry N2.46 billion of the N142.4 billion governors’ loot to make 1,389 public toilets available for their 9.2 million residents. Again, that’s just less than 1 percent of the stolen booty.
And just so that 463 public toilets each will not suffice for the three crises region to cope with the humanitarian emergencies spawned in their trapped communities and villages, the N142.4 billion the former governors are unable to account for could still be deployed to provide thrice the toilets they would normally have required. For instance, if each of the three crises region requires 1,389 toilets each to contain the poor sanitation in the shelters and camps, the figures altogether would have ramped up to just 4,167 toilets which would just have cost N7.38 billion or less than 1 percent of the loot to erect.
In other words, the sanitation emergency that could instigate a fresh outbreak of polio and other diseases in the North-East could be averted in the first place. So if Nigeria experiences a renew polio outbreak and therefore fails to meet the WHO requirements, public office holders who robbed the states and the helpless citizens are responsible. 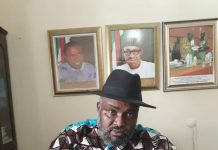 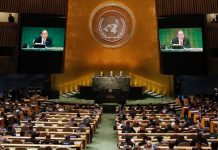