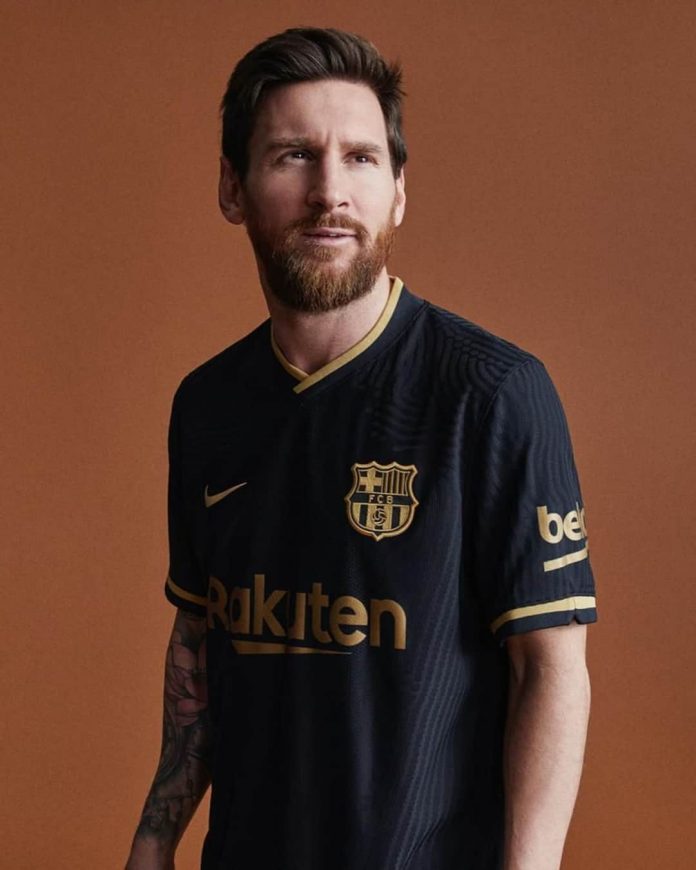 Share this on WhatsApp
Do you see Messi during this Suarez penalty? He was tying his laces during a key moment in the match and he barely watched Suarez take the kick.
Why was Messi sitting on the ground, so relaxed? Messi had just taken a big knock from Koulibably. He’d realized he wouldn’t be at 100% to take the penalty.
Happily, Messi surrendered the spot kick to his number 9 player.  He showed total confidence in Suarez, and allowed him take it knowing the Uruguayan would score. And from the photo, we could judge Messi’s state of mind.
Against Napoli, we saw a side of Messi we rarely see. Alongside his amazing goal, he transformed into a real leader.
At half-time, Messi made a speech in the tunnel of Camp Nou. “Guys, we have to stay calm! We’ve got a two goal lead, don’t turn into a bunch of idiots! Keep calm.”
Some players would have willing wasted time with fights but Messi didn’t allow Barca to use this tactic. After Roma and Liverpool he knew they had to avoid such.

He reassured his team, who were under pressure in the 2nd half. Messi continued to show his tough character, after the match, he refused to shake hands with the referee because of a disallowed goal in the first half for a light handball.
Messi also didn’t shake hands with Manolas at the final whistle, he holds it against the Greek for mocking him after Roma’s comeback.
All throughout his career, Leo’s leadership has been questioned. This season, he’s spoken up more and defended his teammates.
He even criticized the club’s directors. “I feel like Eric Abidal is having a go at the players. I can’t allow the sporting director to attack us like this.”
There’s even a rumor of a fight between Messi and Abidal in training. The Spanish press claim the players had to separate them.
One thing is certain, Messi is determined to make Barca triumph. He has confidence in his team and wants to guide it to the crown especially as his retirement seems to be approaching.
Can Barca win the Champions League this season? It looks tough, they have a mountain of a task ahead of them.
Share this on WhatsApp