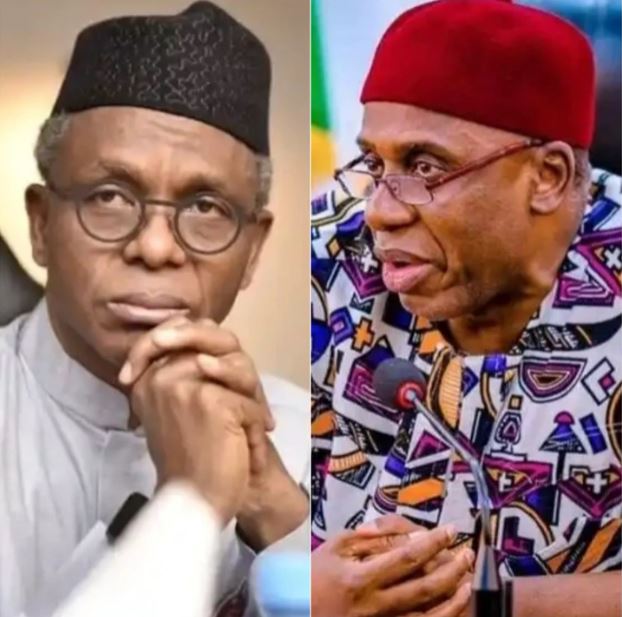 According to reports, the outgone Minister of Transportation, who is also one of APC’s presidential aspirants came to seek Governor El Rufai’s support in his presidential campaign. However, while addressing Kaduna State delegates on Sunday, the Governor disclosed that his wife loves Amaechi very much because of the part he played when he was accosted by Department of State Services (DSS).

Recounting this experience, El Rufai narrated that the State Security Service had at one time, tried to arrest him on grounds that he wrote something but Governor Amaechi, then, called and assured him that he will take him there and not leave until he was released. According to the Governor, Amaechi fulfilled his promise and gained his wife’s love as her most favourite Nigerian.

“One time the SSS wanted to arrest me, that I wrote something. Governor Amaechi called and said I will take you there and I will not leave until they let you go, what did you do?

He took me there in his car and stayed there until they let me go. Till tomorrow, my wife will never forget that Amaechi is her favourite Nigerian”.

Although the candidates in the All Progressives Congress have been faced with a lot of competition, some speculations have been made about Rotimi Amaechi becoming the party’s flag bearer as the youngest contesting candidate.