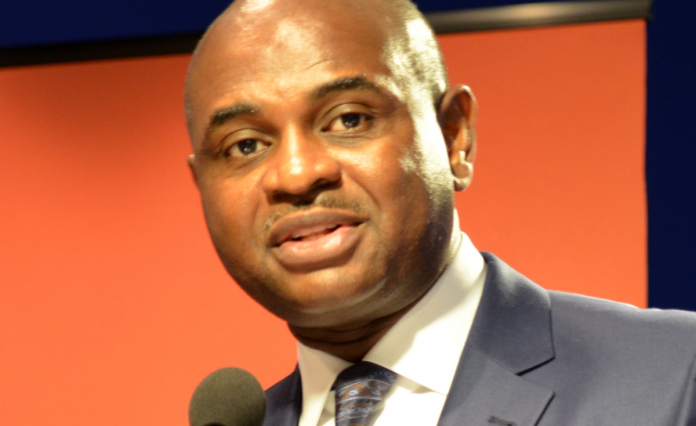 With economic growth of 0.55% in the second quarter of 2017 Nigeria seems headed out of its recession, the worst it has experienced in 25 years. Make no mistake, however. That is only recovery in a technical sense: a recession technically happens when Gross Domestic Product (GDP) growth in an economy is negative for two consecutive quarters. This growth was driven by the oil sector, not the real economy, and remains fragile. If we continue to record positive GDP growth, even from our current very low base and no matter how small this growth may be, we will have started recovering from recession — technically. No doubt, some of our leaders will flaunt such a meager performance as evidence of progress.

Make no mistake also: we have suffered economic destruction on a massive scale in the past two years. From a GDP of $568.5 in 2014 we are down to $406 billion in 2016 — and that is if you are using the official exchange rate of about 305 Naira to the dollar. If you calculate with the parallel market rate of N366 to a US Dollar, our GDP today is well less than $300 billion. That is a massive erosion of our national wealth. Foreign investment into Nigeria was $5.16 billion in 2016, the lowest in seven years. That figure was $9.6 billion in 2015, and $20.75 billion in 2014. This means that we have had more than a 75% decline in foreign investment into our economy between 2014 and now.

Why did all this happen? And what should we as Nigerian citizens do about it?

This massive economic contraction has happened largely as a result of cumulative bad political leadership. We know, of course, the story of the sharp decline in oil prices starting from 2014, which is a major factor. There are two other important factors. The first was the depletion of the Excess Crude Account by the Federal Government and State Governments that insisted on drawing down from the account, from about $22 billion in 2007 to approximately $2 billion as of December 2014.This left our country with no protection for the rainy day as oil prices began to decline in late 2014. We therefore had no fiscal buffers to help us defend our economy from the implications of the oil price fall for the naira. The value of the naira depends on external reserves built on the back of crude oil price sales that bring in more than 90% of our forex earnings.

The second factor is that of weak economic management by the present federal government. The government refused to make the necessary policy adjustments and has instead gone on a borrowing spree. We have increased our external borrowing by 46% (from $9.46 billion to $13.81 billion) in the past two years. We now spend over 60% of all our revenues, weak as they already are, on debt servicing.

We are where we are because of wrong political decisions that have prevented us from achieving real economic development. From the very nature of Nigeria as a petrostate on fiscal life support from crude oil sales for nearly 50 years instead of creating a productive economy with diversified streams of forex income, to the venal depletion of our savings by politicians who insisted, against the advice of technocrats, that we should not save for a rainy day because “the rain is already beating us”, and on to a rigid and statist approach to economic management for political reasons that have served vested interests but not the poor masses in whose name these misnomers were proclaimed as “policy”, our political leadership choices have kept our economy down. The policy response of the federal government only bred corruption and arbitrage in the management of forex and negatively impacted manufacturing companies, leading to declining output and further job losses.

As citizens, we must take our destiny into our hands and take the political actions necessary to ensure that we do not remain a poor country. This means that we must understand that the political choices we make in leadership selection matter a great deal because, as I have demonstrated, the decisions taken by political leaders determine whether we are rich or poor. There are three ways in which this reality matters.

First, the primary requirement of leadership is the character, ability and competence to create positive transformations, to lead a people or institution from where the leader meets them to a much better place. Second, an economy cannot be managed to progress that is beyond the vision, capacity and competence of the political leadership, regardless of how many brilliant technical economists abound in a country. If the political leadership lacks vision, is venal and focused on other priorities, sound technocrats can’t achieve very much. Their full potential contribution will be suppressed by political decisions above them, usually taken in caucuses at night in places that are not offices. Third, the political and constitutional structure of Nigeria affects its economic management, in our case in a very negative manner because the potential productivity of the country’s component regions and states is suppressed by the rent-seeking politics to control absolute power at the center and dispense patronage. This is part of why constitutional restructuring for a true federalism is so essential.

All of this means that, in leadership selection, we must remember that these three issues are the ones that really matter for our welfare. It is not, as many of us are led to believe by our political leaders, ethnicity, religion or other primordial considerations. We need to begin to select competent Nigerians with leadership skills, a clear economic vision, and the capability to make such visions into reality. This is the only way Nigeria can become globally competitive.

As a university professor, one of my favorite reading assignments to students was a powerful essay in defense of industrial policy written by the late Ethiopian President Meles Zenawi. Despite industrial policy having fallen out of favor in contemporary economic orthodoxy, which favors unrestrained free markets and very little state involvement in national economies, Meles insisted on his vision of an economy powered by industrial policy in which state guidance is combined with private enterprise to pursue inclusive economic growth.  More importantly, he understood it intellectually, applied it competently to his country’s economic policy. It is working in Ethiopia.  The country has had a growth rate of 8-11% for the past decade, and has one of the lowest rates of income inequality in the world.

In Rwanda, Paul Kagame has led his country to some interesting outcomes, although the political space remains restricted. Like Meles, Kagame reads wide and deep, and is intellectually curious. He has a clear vision which he has been able to communicate effectively to his citizens, and utilizes performance contracts to ensure effective governance. Uniquely, Kagame has empowered women far more than is the case in most African countries, and women make of 56% of Rwanda’s parliament, the highest ratio in the world. His conceptual originality has led Rwanda’s ruling party to own and run profit-making business corporations. That’s better than stealing state resources to fund partisan politics.

In Mauritius, President Ameena Gurib-Fakim is a former university professor who has done research and published tons of scientific papers. She is a leader who is an intellectual, and has argued that citizens get the leadership they deserve because it is their vote that selects and elects their leaders.

In Botswana, the founding President Sir Seretse Khama, a British-trained barrister, instituted a superior culture of leadership grooming and succession that has assured the country’s stability and economic growth from 1966, when it was one of the world’s poorest countries, up till today when Botswana’s nominal GDP per capita, at $7,000, is one of the highest in Africa.

We can therefore see a common thread of intellectually and technocratically competent political leadership in the successful emerging African countries. These leaders all recognize that ideas matter. They are therefore engaged with ideas, and with translating them into policy against the background of clear worldviews. The outcomes indicate successful economic performance.

To paraphrase a popular saying, the problem in our country is that many in power have no ideas, and those with ideas have no power. We were once led by intellectual politicians in the 1950s and 1960s, the likes of Nnamdi Azikiwe and Obafemi Awolowo. Today, most of our politicians don’t read. Many are Ghana-must-go bag-carrying characters or ethnic irredentists for whom politics is all about the self-preservation of the status quo.  They are more interested in peddling ethnicity, religion and other primordial factors as their passport to power. Naively drawn in by these sentiments, we are left with the short end of the stick at the end of the day. High poverty and unemployment rates have been our lot.

We have had enough. We should have had enough. When we continue to vote for these kinds of compatriots into power, we are great accomplices in our continuing poverty. As citizens, we have the power to change our destiny. It is time to understand and to use that power. The path to economic transformation begins in our political choices.

Prof. Moghalu was a Deputy Governor of the Central Bank of Nigeria