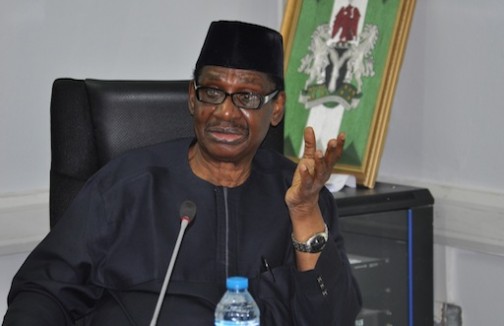 The Centre for Anti-Corruption and Open Leadership (CACOL) challenged the leadership of the National Assembly to disprove the allegations made by Professor Itse Sagay (SAN), Chairman, Presidential Advisory Committee Against Corruption (PACAC’s), on the salaries and allowances of the lawmakers.

The Executive Chairman of CACOL, Debo Adeniran, expressed support for Sagay. He had said: “Between the present NASS and the Prof., we will choose the latter in terms of the zeal and dedication to the cause of ridding our society of corruption. We know that the PACAC Chairman’s integrity is a million miles ahead when compared to that of the present NASS.”

The Senate had in response requested President Muhammadu Buhari to call the PACAC Chairman to order, accusing him of spreading falsehood and making hate speeches against the federal legislature.

The lawmakers alleged that Sagay was fond of using every opportunity he had to make public speeches to disparage the National Assembly by using “uncouth and unprintable words” to describe the legislators and the institution they represent.

Furthermore, they described him as a man who cannot stand for councillorship election and win. They also challenged him to state what his contributions are in the election of President Muhammadu Buhari and what new ideas he has contributed to making the fight against corruption more effective since his appointment.

Adeniran, however, described the reaction of the lawmakers as an attempt to divert attention from the fundamental issues raised by the Professor, adding that the Senate should rather have responded by ‘disproving’ the figures put forward.

Share this on WhatsApp
Related Topics:Centre for Anti-Corruption and Open Leadership (CACOL)National AssemblyPresidential Advisory Committee Against Corruption (PACAC)Professor itse Sagay (SAN)
Up Next