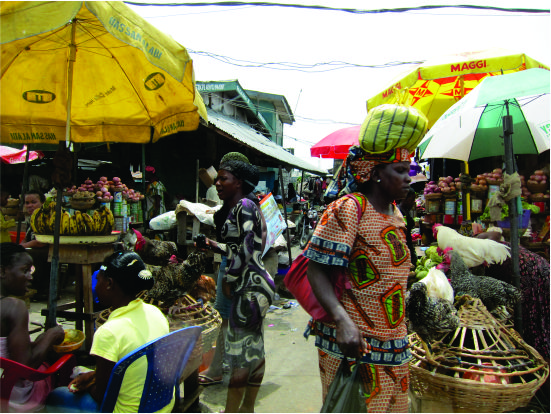 Share this on WhatsApp
Spread the love
Some traders in the Federal Capital Territory (FCT) have expressed disappointment over low patronage during the yuletide season, attributing it to cash crunch in the economy.
Newsmen who visited some of the Christmas `sales’ shops on Thursday, reports that the turnout of buyers was unimpressive.
Miss Faith Kolawole, a sales girl, said that since Dec. 9, when the `sales’ started, patronage from buyers has not been encouraging.
She said that people would come, price and go without buying, adding that the `bad’ economy was affecting their business.
Mr. Pius Ezenibe, one of the traders, said that he made more sales last year than this year.
Ezenibe noted that since many workers had yet to be paid salaries, the situation was also affecting businesses.
“I do not think I will be here much longer because business is very dull.
“I had expected that with the slash in prices more customers would buy; but that has not been the case,’’ he said.
Reacting to the complaints of the traders, Mrs Obiageli Achi, one of the buyers, said she observed that the sales were not real.
“I can’t see any sales going on here; the prices they are selling is still the same in the market; some goods here are even more expensive than in the market.
“For instance, I wanted to buy baby shoe I was told N4,500 while in the market the same kind of shoe goes for N3,500; so, for me I can’t see any sales going on here.’’
Similarly, Miss Juliet Asemota, another buyer, said that the price variation was not significant.
According to her, the prices of goods on `sales’ platform need to be slashed to half of the initial price, in order to attract more buyers.
Mrs. Nancy Davis observed that in Nigeria, the prices of most goods said to be `on sale’ were not attractive, adding that those that were half the original price, either had a defect or were not good enough.
“At this time of the year in countries like U.S. and UK, massive sales are going on and you get quality things even top designer wears at 50 per cent off or more.
“In Nigeria when there are sales, you wonder how much was the initial price before the sales because the prices are still on the high side.
“Those that are relatively cheap may have one defect or the other due to prolonged stay in the shop,’’ Mrs. Davis said.
Share this on WhatsApp