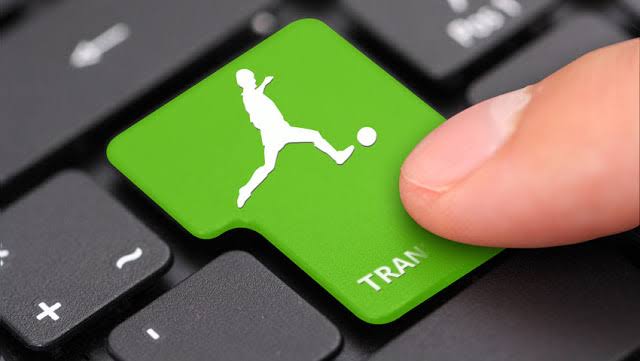 Most of us are waiting for the big transfers to happen just to brighten up a long, tournament-free summer. For these players, the big deals could have a huge impact on their own futures…

No one will be following the Aaron Wan-Bissaka saga more closely than the Norwich full-back. Manchester United want Bissaka and have been custard pied after one offer believed to be worth around £40million. Crystal Palace reckon they can squeeze £60million out of Ed Woodward, who will most likely look to split the difference.

The outcome of those negotiations could well dictate Aarons’ future. The EFL Young Player of the Season is said to be United’s back-up option if Palace don’t play ball over Wan-Bissaka. Aarons caught the Red Devils’ eye during the Canaries’ Championship-winning campaign, which the 19-year-old playing every minute after making his Football League debut in the East Anglia derby in September.

Aarons presumed Daniel Farke had made a mistake when his name was among the starters that day at Portman Road. Eight months later, Manchester United could be calling, while Palace may offer the consolation prize. The Eagles are said to be keen on Aarons as their leading candidate to fill the Wan-Bissaka-shaped void should the England Under-21 defender be heading to Old Trafford. 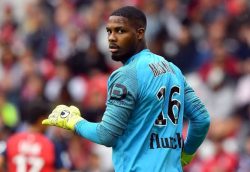 The first that most people (okay, us) had heard of the Lille goalkeeper was when he was being linked with Manchester United last week. Apparently, United were readying a £31million offer for Maignan in anticipation of David de Gea deciding, quite understandably, that he’d had enough of life at Old Trafford.

The Ligue 1 goalkeeper of the season is waiting on De Gea’s decison before he can start thinking too deeply about his own future. If the Spain stopper opts to bring down the curtain on his eight-year United career, then PSG appears the most likely destination. To fill his gloves, Ole Gunnar Solskjaer is said to be looking at a couple of 23-year-olds.

Maignan is one; Andre Onana is the other. Onana enjoyed a breakout season in the Ajax goal last term and the Cameroon keeper’s form did not escape United’s scouts. Onana would cost more than Maignon – around £40million – but the immediate future of both appears inextricably linked with De Gea.

If United go for Onana, then Ajax are reported to have already made contact with Lille over a possible to deal to take Maignan to Amsterdam. Should United convince De Gea to sign up for more pain and they have no use for either Maignan nor Onana, then PSG could offer Maignan the chance to put his feet up in their goal.

It was said that Palace might consider letting one of Wan-Bissaka or Zaha go, but not both. In which case Zaha must be watching developments with concern, given it is he who cradles the greatest desire to leave Selhurst Park.

Zaha reportedly informed Palace at the end of the season of his desire to test himself in the Champions League but chatter around the Ivory Coast winger has since gone quiet. We know Tottenham want the 26-year-old but Daniel Levy is extremely reluctant to pay the kind of fee Palace are quite reasonably asking.

So Zaha must be keeping tabs on Leroy Sane’s situation at Manchester City. The Treble winners have been credited with an interest in Zaha but their recruitment plans this summer did not include sourcing a replacement for Sane, who has been in negotiations with the club over a new deal. But Bayern Munich’s desire to bring the winger back to Germany coupled with Sane’s reluctance to commit may alter their approach.

Should Bayern meet City’s ‘insane’ demands then Zaha may well identify an opportunity worth pushing for – the only one he would probably have of playing Champions League football next term. It would be a relatively simple deal since City would just have to redirect the Sane funds to Selhurst Park.

If the Champions League and playing for Pep Guardiola isn’t motivation enough, the opportunity to stick it to United would probably convince Zaha to put his foot down with his boyhood club. 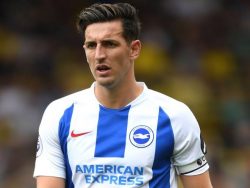 Therefore e are a couple of centre-backs on the south coast waiting for one of the Manchester clubs to emerge as the victors in the race for Harry Maguire and his magnificent bonce.

Should Leicester receive a bid they can’t refuse from United or, most likely, City then they will have a Virgil van Dijk-sized wedge burning a hole in their pocket. Some reports claim Brendan Rodgers might go to Burnley and return with James Tarkowski – Ben Gibson can but hope – but most of the speculation suggests the Foxes will blow half of their Maguire windfall on Lewis Dunk.

Brighton would expect around £30million for the once-capped centre-back but it seems the Seagulls will trouser most of the profit, spending only around £6million on Dunk’s replacement. It seems Albion will move immediately for Portsmouth defender Matthew Clarke, who hoovered up Pompey’s player of the season awards, while Graham Potter made it his business to watch the 22-year-old in action during the League One play-offs a few days before his appointment as Brighton boss had been confirmed.

Ryan Fraser says he ‘ain’t got a clue’ about where 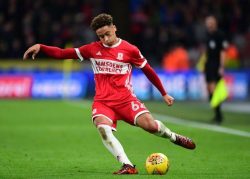 he will be playing next season – but reports suggest Middlesbrough winger Tavernier will be keeping a keen eye on developments in the coming weeks.

It seems most likely that Fraser will leave Bournemouth this summer following a hugely impressive season during the penultimate year of his contract. The Cherries are playing hardball, demanding around £40million for the Scotland winger but that figure seems likely to fall as the window goes on. Man Utd felt they could not wait but Arsenal are more likely to hold fire safe in the knowledge that Bournemouth are not in a position to turn down £30million while opening themselves up to the prospect of losing one of their most-prized assets for free in a year.

Reports suggest that to replace Fraser, Eddie Howe would consider a change of tact by leaving Liverpool’s cast-offs well alone. Apparently, Bournemouth are keen on Tavernier, who is currently with England’s Under-20s at the Toulon Tournament. They aren’t the only ones. Newcastle are said to be sniffing around the Boro academy graduate while Man Utd were also keeping an eye on Tavernier – inevitable, perhaps, given he is English, young and Championship-based, which seems to form the basis of their recruitment this summer.