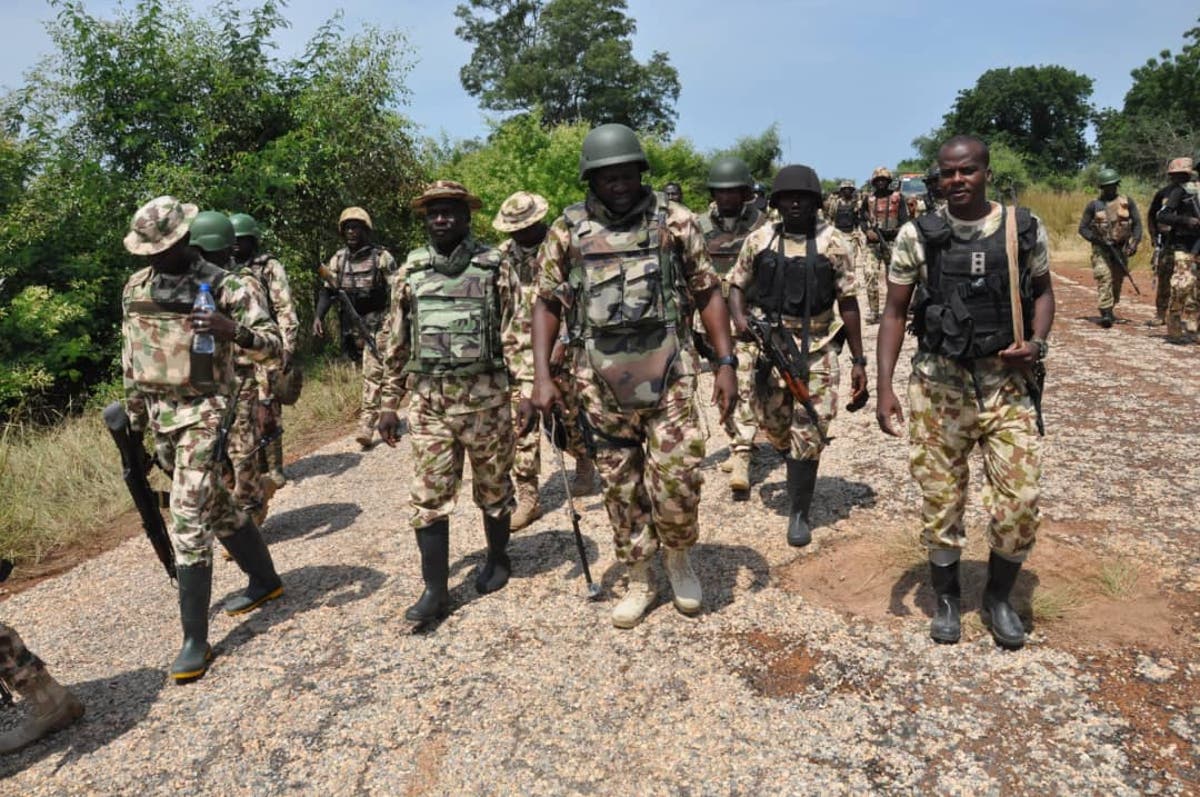 The Defence Headquarters says troops of Operation Safe Haven have sustained an offensive against criminal elements and ensured a hitch-free and peaceful Sallah celebration within their area of responsibility.

The Director, Defence Media Operations, Maj.-Gen. Bernard Onyeuko said this in a statement on Tuesday in Abuja.

He said the operation was conducted in conjunction with the police.

He added that the suspects confessed to having carried out several kidnapping activities within Plateau and Bauchi States including the murder of Alhaji Saleh Abdulhamid (Shaba) at Ex Land Village on June 22.

Onyeuko said they also revealed that one Malam Buhari Umar was the leader of the gang.

According to him, while en route to the criminals’ hideout, suspects attempted to escape and were neutralized.

Onyeuko added that troops had on July 9, conducted a raid operation at Mailafia, Osama, Dogon Fili, and Gidan Waya all in the Jema’a Local Government Area of Kaduna State.

He said that two armed robbers — George Yakubu, 26; and George Joseph, 25, were apprehended during the raid operation.

According to him, items recovered from the suspects include three AK-47 rifles, one knife, one cutting hoe, one cutter, and one spanner among others.

“Troops mobilized to the scene and rescued nine passengers who were held, hostage.

“The military high command commends troops of Operation Safe Haven for their efforts and encourages the general public to avail troops with credible and timely information on criminal activities,” he said.

Share this on WhatsApp
Related Topics:- DHQapprehendbanditsneutralisenotorious kidnappersRobbersTroops
Up Next