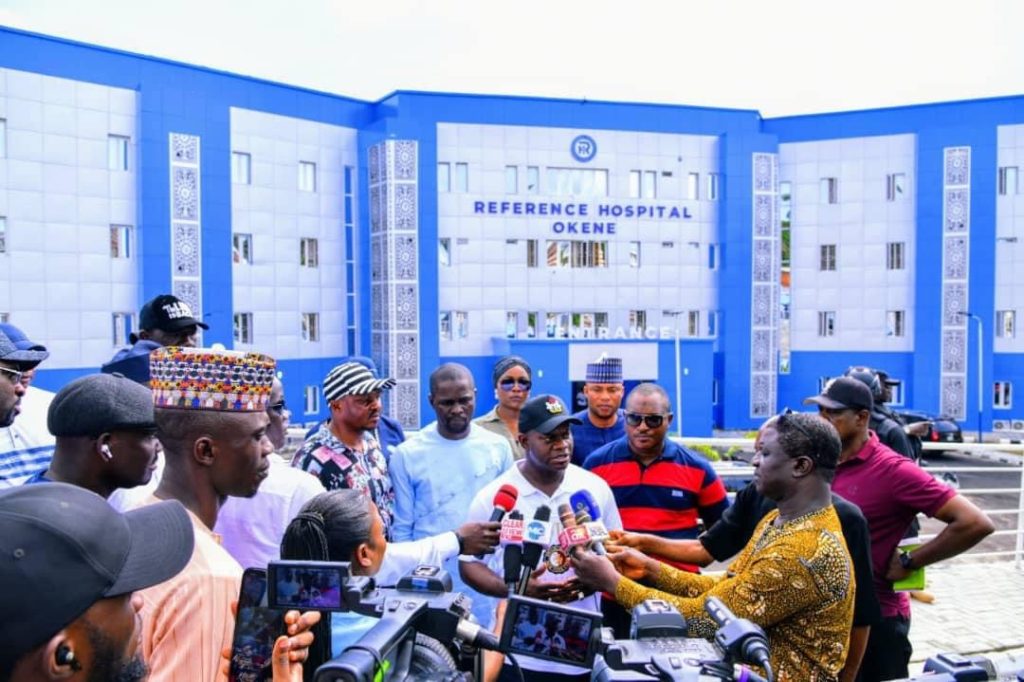 Gov. Yahaya Bello of Kogi has assured Nigerians that the soon-to-be-inaugurated Reference Hospital, Okene, will end medical tourism in the state and Nigeria at large.

A statement issued in Lokoja by Chief Press Secretary to the Governor, Mr. Onogwu Muhammed, quoted Bello as stating this after inspecting the 300-bed space hospital in Okene on Tuesday.

According to the governor, the hospital is equipped with world-class facilities, like its counterparts across the globe.

“The ultra-modern hospital is fully equipped with state-of-the-art facilities and several first-of-its-kind medical types of equipment that can render the same services as other renowned hospitals across the world, where many Nigerians run to for medical care.

“What inspired the conception of such befitting, gigantic and well-equipped medical facility is the understudy of expenses Nigerians make on seeking medical attention outside the shores of Nigeria as a result of various medical conditions.

“Aside from the fact that the hospital will stop medical tourism, it will also help save the country millions of dollars spent abroad on medical bills.

“I am satisfied with the level and quality of work done in all the projects I have inspected,” he stated.

Bello also noted that while the government planned to help the hospital stand on its feet when it eventually commenced operations, it was already working out an all-encompassing model.

The encompassing model, the governor said, would be used to run the medical facilities, alongside other ultra-modern hospitals in a bid to guarantee their self-sustenance, while they remained affordable for the people of the state.

Muhammed also quoted medical experts as stating during the tour that the hospital could attend to any form of medical challenge.

The medical experts also stated that the oxygen plant installed in the hospital could provide oxygen for other hospitals across the country.

The News Agency of Nigeria reports that some of the facilities inspected by the governor included: pediatric wards, operation theatres, conference rooms, laboratories, labor rooms, emergency wards, and offices among others.