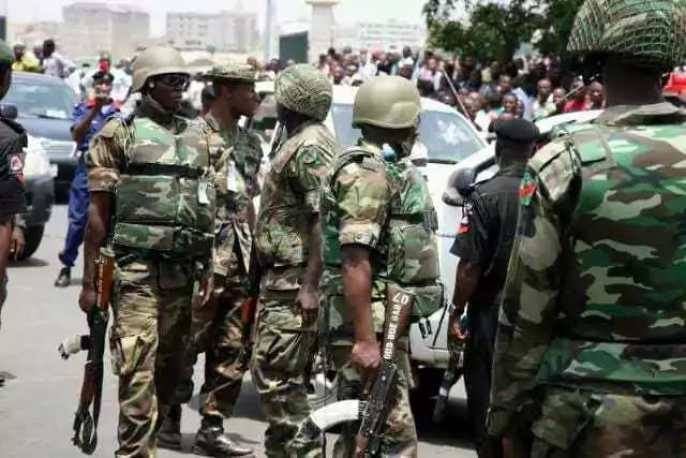 It will be recalled that  the police officer, ASP  Bahago Ibrahim was shot and whisked away by unknown heavily armed bandits at Mangodo Village, Niger State, while the women were abducted from different locations.

The troops  who acted on a tip off responded to rescue the victim from the armed bandits who were also alleged to have stolen over 100 cows from the village. During the encounter, the troops entered into an ambush laid by the armed bandits.

The troops fought their way out of the ambush by exchanging fire; killing many of the bandits while few of them withdrew in disarray. Unfortunately, 3 soldiers lost their lives  and 3 others were wounded during the encounter.

The troops succeeded in rescuing the retired police officer, Mrs. Louisana Aliyu from Zazga, Mrs. Hadiza Auta from Gwanda and Mrs. Jamila Idris from Sarkin Pawa town, Niger State. They have been reunited with their family.

“The Nigerian Army wishes to reassure citizens and residents of the affected villages that it will not relent in its efforts to protect the law abiding citizens against all forms of internal and external aggressions no matter the cost,’ says Olabisi Ayeni, a Major and Assistant  Director  of Public Relations in the Brigade.

Share this on WhatsApp
Related Topics:armed banditsKidnappersNigerian Army
Up Next