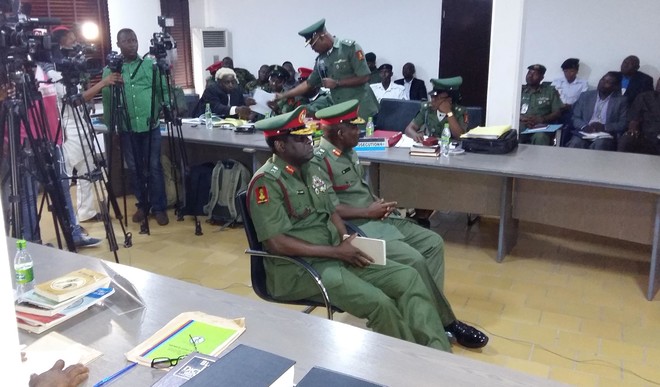 The two Generals are Maj Gen Ibrahim Sani, the Chief of Army Transformation and Innovation Centre and Maj Gen Patrick Falola, who was the former Commander, 68 Reference Hospital, Yaba Lagos.

The president of the court took time taking oath of other members of the court in the presence of the accused persons and lawyers from both the prosecution and defence teams.

It was gathered that the officers are being tried for offence bordering on conduct unbecoming of military officers punishable under the Armed Forces Act.

Although the charges were not read to the accused persons, the President of the court, Air Vice Marshal Gbum adjourned the case till Monday, 9 May for arraignment and commencement of trial.