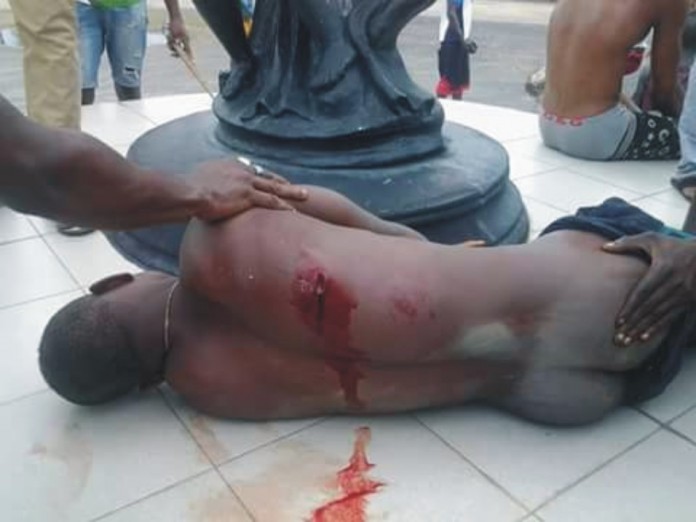 No fewer than three persons were killed in Aba, Abia State in clashes that started at the Ariaria Market on Thursday.

The clashes was said to have begun in the afternoon between Igbo traders and their Hausa counterparts as a result of an Hausa man urinating close to a shop.

It was gathered that the clash intensified after an Hausa man in the community stabbed and killed an Igbo trader who cautioned the Hausa man for urinating close to his store.

In the melee, other Igbo traders were said to have grabbed the Hausa man and lynched him.

Witness said the killing triggered commotion as it spread to other parts of the town and a mob gathered and attacked the Hausa community around the abattoir located at Ogbor Hill area of Aba.

He said, “From that point matters degenerated. Soldiers were brought in to salvage the situation but an Hausa soldier shot one Igbo trader and killed him.”

However, the Police Public Relations Officer in the state, Onyeka Ezekiel, said there was demonstration by some trader in the town but refused given further details.