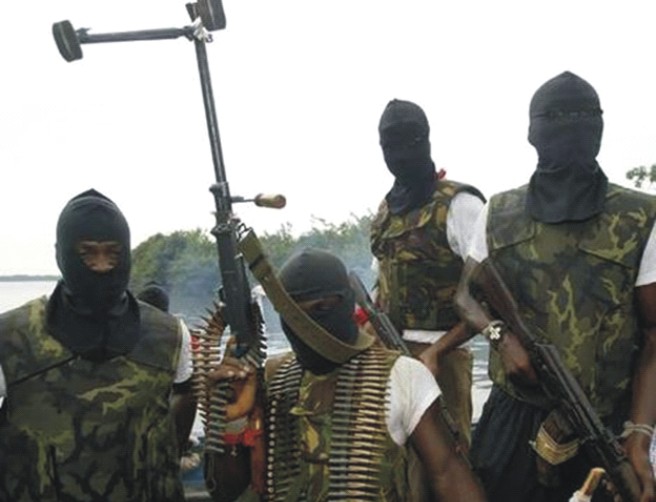 In a renewed attack on the country’s oil and gas installations in the Niger-Delta, Militants yesterday blew up the Chevron Valve Platform located on the high sea near Escravos in Warri, Delta State.

National Daily gathered that the Niger Delta Avengers, a new militant group, has taken responsibility for the attack, warning that the development of soldiers in the region would not deter them from carrying out further attacks.

“The high command of the Niger Delta Avengers wants to use this medium to thank Strike Team 6 for successfully blowing up the Chevron Valve Platform. And we are ready to protect the Niger Delta people.

The Group in the statement threatens to cripple the economy unless their demand is met by the Federal Government, warning all international oil companies operating in the Niger Delta to brace up for more attack.

This latest attack is another setback to the nation’s oil and gas production sector, even as the Shell Petroleum Development Company (SPDC) is still working to restore the Forcados export terminals after a similar attack two months ago.

The development may further reduce the nation’s oil and gas output. But Chevron is yet to confirm if production has been halted at Escravos and how much of the process is affected.

The group had earlier claimed responsibility for the attack on the Forcados 48-inch Export Pipeline two months ago.