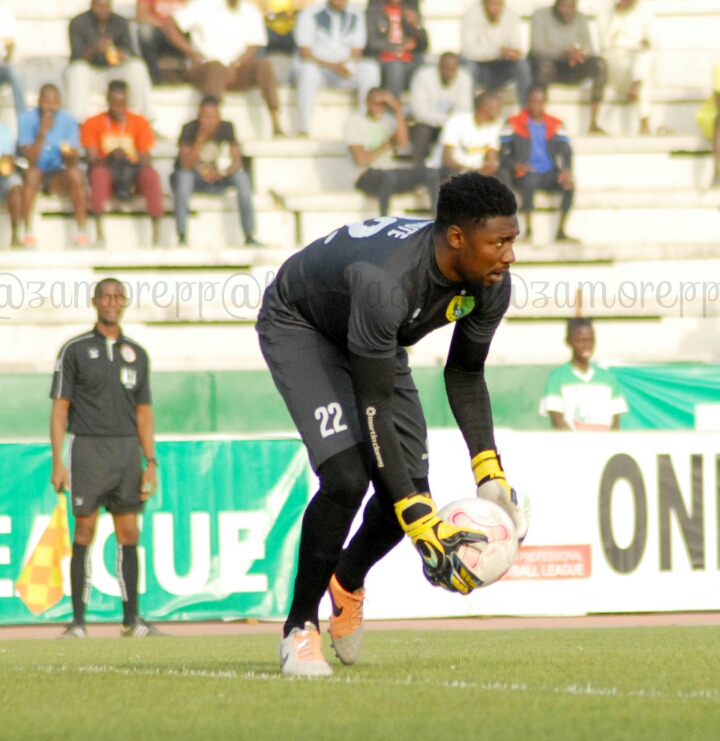 Share this on WhatsApp
Spread the love
By Esther Egbe
The victorious Peace Boy Goalkeeper, Okemuite Odah told  National Daily  that  his team’s victory over Rivers United FC in the NPFL Match day two fixture has led to winning all three points and keeping clean sheets on two occasions already this season
The shot-stopper said “I am very satisfied with the performances of my teammates in our last two matches. I am equally excited at not conceding a goal yet this season which is good for my confidence as goalkeeper National Daily learnt.
The pre-season tournaments was good for our preparation as it exposed the team’s weaknesses and the coaches were able to make the necessary corrections before the commencement of the season National Daily gathered.
“I am in Plateau United to win laurel and also get to meaningful stage in the CAF Champions League. I hope to keep six clean sheet consecutively as it is a target I have set for myself.”
The former Lobi Stars goalkeeper ended by stating the fact that he was enjoying his every moment in the Tin City.
Share this on WhatsApp
Related Topics:GoalkeeperNigeria Professional Football League (NPFL)Okemuite OdahPeace Boy
Up Next