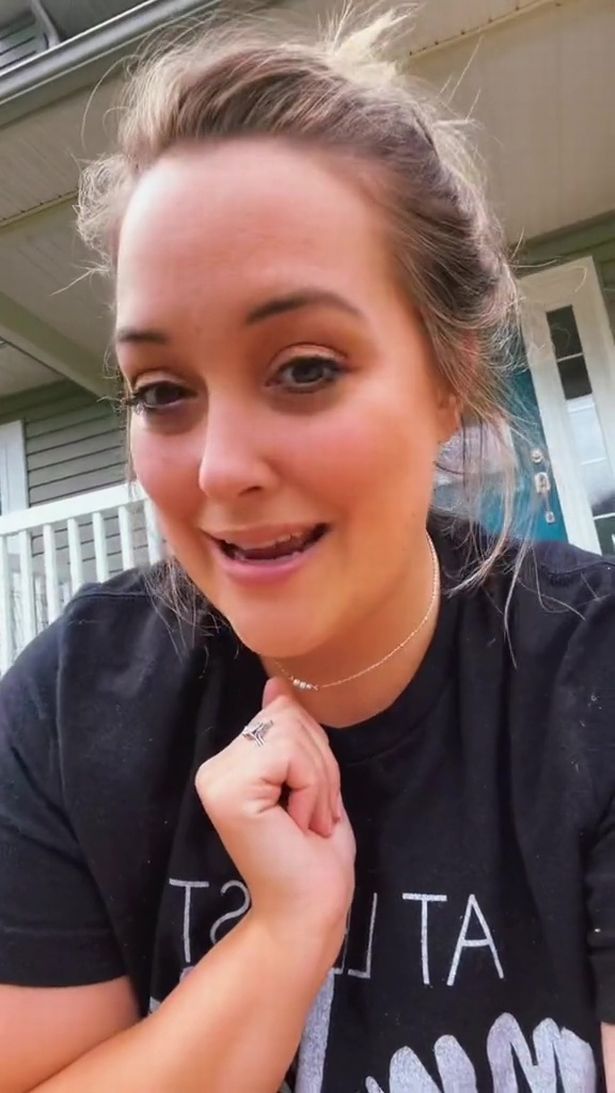 The naming of children most times has deeper connotations. While some parents chose their names based on tradition, some others could be after a particular individual they cherish or even circumstances surrounding the birth of the baby.

It was almost an unbelievable account for a woman who has gone viral on social media after sharing the wild story behind how her parents chose her name after it turned out that her dad had got a very sneaky reason for choosing her name.

A social media user from Kentucky, US, has recently taken to TikTok to share the unusual story behind her name and she’s gone viral as a result.

The young lady Kristina explained how her parents had made a deal for her mother to name their child if born as a boy while her father should if she is a girl before she was born.

Eventually, when she arrived via C-section, as a girl and while her mother was still pretty out of it following the surgery, her dad selected a name and filled out the necessary paperwork.

When her mother came around, she had a daughter called Kristina.

According to her, they liked the name for a few months, but then they found out the truth about the inspiration behind it.

Strangely, it turns out that her dad had been having an affair and he sneakily decided to name the baby after his mistress to avoid raising suspicions if he slipped up and accidentally said her name. in that way, everyone would think he was talking about his daughter.

“Skip forward to the day that I was born my mum wound up having to have a c-section because my big a** head wouldn’t fit through the birth canal.

“She was super drugged up after that and my dad filled out all of my paperwork and at last he chose to name me Kristina.

“When my mum came through I guess she didn’t really hate the name so she just kind of went with it and you know everything was fine for a few months until my mum found out that my dad was cheating on her… and guess what the woman’s name was. Kristina.

“So if he messed up and called her the wrong name, he could say he was talking about me.”

Meanwhile, hundreds of thousands of people have since watched the video, with thousands liking and sharing their thoughts in the comments.

Many were shocked by Kristina’s story, with one saying: “Wow… Just wow. Soooo… that was pretty selfish.”

“Wow, I would have changed your name,” proclaimed a third.

Someone else admitted: “My dad named me after a girl he had a crush on in middle school, when my mum found out she stabbed him with a fork.”

A different user added that her name was inspired by a story her father had heard on the radio about a woman named Lenae who had been murdered.