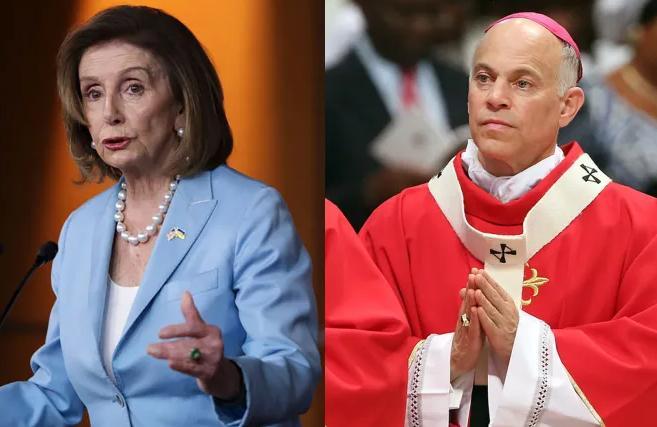 The US Speaker, Nancy Pelosi, will no longer be able to take the Holy Communion in the Catholic church over her support for abortion rights.

Pelosi had in the past declared herself a devout Catholic.

In a letter on Friday, Salvatore Cordileone, the archbishop of her home diocese in San Francisco, said his decision was a pastoral one and not political.

Part of the letter read, “A Catholic legislator who supports procured abortion, after knowing the teaching of the Church, commits a manifestly grave sin which is a cause of most serious scandal to others.

“I have determined that the point has come in which I must make a public declaration that she is not to be admitted to Holy Communion unless and until she publicly repudiate her support for abortion ‘rights’ and confess and receive absolution for her cooperation in this evil in the sacrament of Penance.”

Abortion rights have been a trending conversation in the US after a draft Supeme Court opinion to overturn it was leaked.