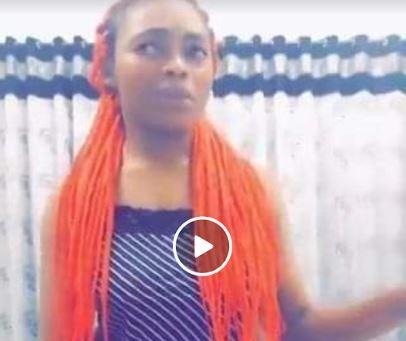 Share this on WhatsApp
Spread the love
Social Media, Facebook, was on fire when a very young Nigerian female said she loves to be abused by her boyfriend. The fairskinned girl in her early 20s left viewers jawdown when she gave reasons for her preference.
“I can’t date a guy that won’t beat me. If he doesn’t beat me, it means he doesn’t love me. And I can’t be with such a guy. Beat me, when I offend you. I love it. That is how to show the emotions and feelings are there [paraphrased]”
See video in link below:
https://m.facebook.com/story.php?story_fbid=10221292695324144&id=1150262505
Trust peop to react as well. Many Facebookers insulted her and others could only feel sorry for her mentality.
See some of the comments below:
“I know one lady in Ajah. Two very serious guys want to settle down with her. One is like far older than her and settled with stable job and good house. But he easily tells her sorry and easily agrees to everything she says. So she doesnt want him. The other is her agemate who has a tiny room and not a stable job. She wants to settle with that. I asked why and she said that the first will not be able to deal with her because she is a stubborn girl and she needs a man who she fears his word. The younger man is more of a man. He looks straight into her eyes and disciplines her”.
Another commenter:
“I’ve heard about women like her. They feel a man is weak if he doesn’t beat them. They see the beating from a man as a sign of masculinity. Some grow up with this mindset because they were raised in a home where domestic violence was normal”.
Share this on WhatsApp