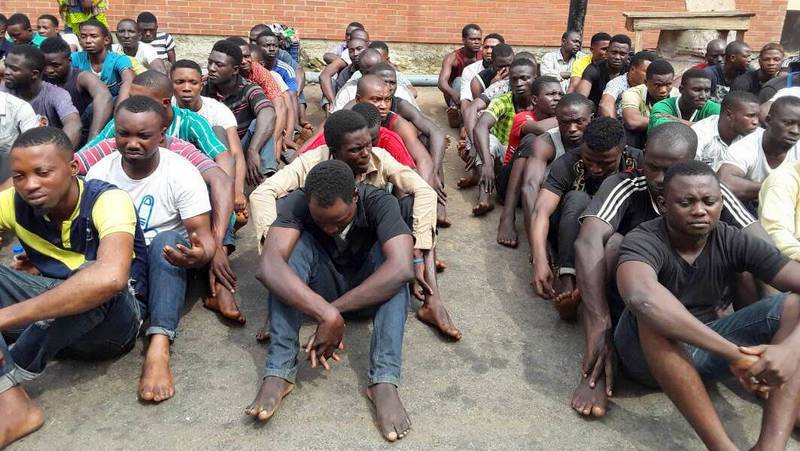 Share this on WhatsApp
Spread the love
The Badoo cult renewed their ritual violence as they killed a couple and two of three children—aged between five and one—at Oke Ota in Ibeshe, Ikorodu, on Sunday.
Mr. and Mrs. Adejare  were in bed when the cultists sliced open kitchen window net to enter the apartment in the early hours of Sunday.
As usual, the cultists smashed their victims’ heads with a grind stone left on the scene. The third child who is still the only survivor is in a coma at the Ikorodu General Hospital.
ALSO SEE: Badoo new tactic scares Lagosians
According to neighbours, the incident became known Sunday noon when the couple’s church members came visiting because the Adejares were not in church service.
Their corpses have been deposited in a morgue.
Badoo’s killings have abated since a joint operation involving all security agencies in the state raided the Ikorodu area, and mopped up a number of suspects.
The Sunday incident, however, punctuated the relative peace residents had been enjoying.
Share this on WhatsApp
Related Topics:Badoo CultIkorosuNierian Police Force (NPF)
Up Next