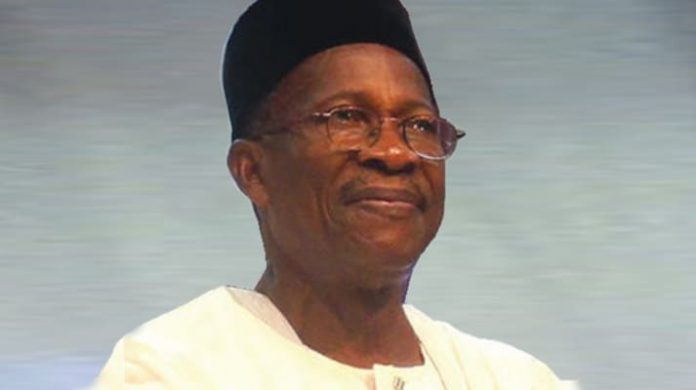 Former General Secretary of the Nigeria Union of Petroleum and Natural Gas Workers (NUPENG), Chief Frank Kokori has advised politicians in the South East region to join the ruling party to achieve their aim of ruling Nigeria.

Kokori who gave the advice in Lagos, said the region must focus on either the All Progressives Congress (APC) or the Peoples Democratic Party (PDP) and get the ticket.

“Normally, South East issue is very unfortunate. I grew up in the old Mid-West and my parents were in the National Council of Nigerian Citizens (NCNC), which at that time was under the leadership of Nnamdi Azikiwe,” he said.

“Some of the ethnic tribes were punished because they were NCNC. Chief Obafemi Awolowo of that time punished us for that.

“So, if you don’t belong to the ruling party, then you will have problems. But, the golden years of the South East were during Olusegun Obasanjo and Goodluck Jonathan’s administrations. They had everything to themselves.

“They had all the key ministries – the Secretary to the Government of the Federation (SGF), the Inspector-General of Police (IGP), head of the army and everything. They should have been able to put themselves in the right position to fight for the presidency.

“You can’t just sit alone, especially now that the Igbo are unfortunately not with the APC apart from Okorocha and few others who staked their neck at that time. They enjoyed the PDP; they were enjoying the PDP, but they could not make the PDP shift the government to them.

“So, now the government is with the APC, the party they don’t belong to, I wonder how they are going to shift it because you will go for primaries and it is the person who wins the primaries that holds the ticket.

“So, let the Igbo focus on one strong party, either the APC or the PDP and get the ticket and with that, they can get the presidency. They must focus because at the time they had everything; all the whole powerful positions in the country, they could not get the president.

“And, I can also see now that most of the developments in the South East are carried out by the APC government like the second Niger Bridge, which has been on the drawing board for many years during the PDP era, but now they are doing something about that. The Zik’s Mausoleum was there and nothing happened.

“Some of the leaders of the South East are taking the people for a ride. I think one of the few patriots the Igbo actually had were people like Ikemba Nnewi, Chief Chukwemeka Odumegwu Ojukwu.

“Even though I grew up as a fan of Nnamdi Azikiwe, Zik faced the whole Nigeria; he wasn’t talking about the East alone in his own time.

“So, the Igbo have a right to produce the next president but they must work hard for it,” he stated.