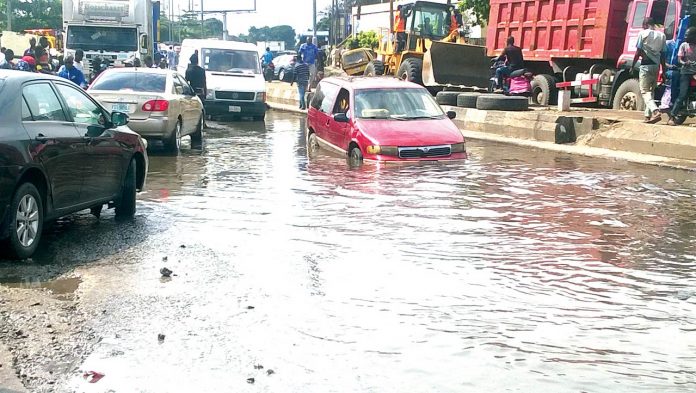 Nigeria Union of Petroleum and Natural Gas Workers (NUPENG) has expressed worry that the gridlock being experienced by petroleum tankers and articulated vehicles on Apapa-Wharf Road may result to fuel scarcity.

Alhaji Tokunbo Korodo, the South-West Chairman of the union said this in an interview with  journalist in Lagos on today.

Korodo said that since the inauguration of reconstruction of the road, petroleum tanker drivers had been on cue, finding it difficult to gain access to the tank farms to get products.

The chairman said that the tank farms within the Apapa Marine Bridge Road received petroleum products from the Nigerian National Petroleum Corporation (NNPC) which was to be distributed by petroleum tankers to different parts of the country.

He, however, said that the reconstruction of the road would affect movement of articulated vehicles to the port, adding that it was also taking its toll on tanker drivers as they now find it difficult loading at tank farms in the area.

“The reconstruction work on Apapa Wharf Road will affect loading of our petroleum tankers at the depots.

“Since the inauguration of reconstruction works, our tankers have queued up on the roads finding it difficult to gain access to tank farms.

“Even queuing of articulated vehicles, going to the port have blocked the access road and tankers have been on the same spot for three days now.

“We want to apply to NNPC to use its System 2B distribution channel to pump products to its depots in Mosinmi, Ejigbo, Ibadan, Ilorin and Ore so that most of the tankers will stop coming to Apapa to load.

“It is irrational now for tankers to come and load at Apapa tank farms because the access roads are blocked and traffic is the order of the day,’’ he said.

Korodo called on NNPC to address the lingering issues before it degenerates into fuel scarcity, adding that the delay in getting petroleum products to filling stations would be seen as lack of products.

National Daily recalls that the Minister of Power, Works and Housing, Mr Babatunde Fashola had on Saturday signed a N4.34 Billion Memorandum of Understanding (MoU) with Dangote Group and other stakeholders for reconstruction of the Apapa-Wharf Road.

The project is to be funded by AG Dangote Construction Company Ltd, an arm of the Dangote Group, the Nigerian Ports Authority (NPA) and Flour Mills of Nigeria.

National Daily also gathered that the site was handed over to the stakeholders for commencement of reconstruction works after the agreement was signed in Lagos.

Fashola explained that the gridlock in Apapa became compounded and had reached an unbearable level as transporters ignored the old system of moving cargo through rail to trucks and containers.