WHEAT consumption crept into the Nigeria market and family table when nutritionists said it was the best remedy to avert diabetes and other related diseases. Nigerians in no time bought into the idea with many families dropping most other staple food from their tables and made wheat their popular swallow food instead of semovita, garri, fufu or pounded yam.
Flour Mill of Nigeria, Goldenvita Whole Wheat and Honeywell Whole Wheat became the most selling brands compared to Semolina or Semovita. Nigerians are not only patronized these finished produce whole wheat but went further to mill wheat grains themselves, because it is cheaper to buy the grains and then mill from local millers. Whole Wheat meal still remains the most treasurable swallow Nigerians find in their food table. Restaurants, Hotels and Local eating joints popularly called ‘Buka’ added whole wheat to their various menu lists. Nutritionist discovery shows that it a health time bomb waiting to manifest various aliments in the human body that consumes it regularly.
Since 2014, America and Europe nutritionist took up war against the whole wheat meals consumption when they discovered that the produce contribute more to health problems than cure. American nutritionist argues that the modern version of wheat is a far cry from the ancient plant. In fact, the newer, high-yield wheat existing since the 1980s is full of genetic changes that seem to inflame the human bodies causing guts to leak, and triggering autoimmune diseases.
Dr. Andreas Eenfeldt writing on Digestive issues argues that today’s wheat is not the same wheat that the American forefathers eat, that the current one is not even close. Eenfeldt when futher to say that, today’s wheat is greatly genetically modified to grow faster and provide a higher yield of wheat per acre.
Dr Williams Davis, MD, a cardiologist in his New York Times best-selling book Wheat Belly, unravels the deadly poison in whole wheat meal. His findings cause many other scientist and nutritionist to go back to the laboratory to check up fact.
Armstrong Oyakhilome, a nutritionist, bio-chemist, the Chief Executive Officer of Innotech Farm and currently the Managing Director of Prime Feeds and Flour Mills (former Bendel Feeds and Flour Mills) who practices pure organic farming, reaffirm the amazing deadly facts about whole wheat meal when he spoke to National Daily in his Oregun office. Oyakhilome says these scientific facts were reasons diabetics patients never got healed of their aliment in Nigeria.
Dr Williams Davis whole wheat deadly discoveries
The whole wheat gospel which projects wheat as a healthy diet has brainwash many but the truth is, whole wheat causes type 2 diabetes. Dr Davis in his book says eating two slices of whole wheat bread could spike blood sugar levels more than if one eats two tablespoons of pure sugar! He says “Aside from some extra fiber, eating two slices of whole wheat bread is really little different, and often worse, than drinking a can of sugar-sweetened soda or eating a sugary candy bar”.
Dr. Davis writes in Wheat Belly,” I’d go as far as saying that overly enthusiastic wheat consumption is the main cause of the obesity and diabetes crisis in the United States,” This whole wheat meal is the cause of the chronic spikes in blood sugar and insulin spur the growth of dangerous visceral fat, an accumulation that leads to fat encasing your liver, kidneys, pancreas, small intestines, and, on the outside, the belly. This abdominal fat manufactures excess estrogen in both men and women. It increases the risk of breast cancer in women and could lead to dreaded “man boobs” in men.
The Skin which is the largest organ and a major part of the human immune system, but unfortunately, it is not immune to wheat’s wicked health effects. To Dr. Davis, wheat exerts age-advancing skin effects, including wrinkles and lost elasticity, due to the formation of advanced glycation end products, nasty muck that accumulates and ages us as it elevates our blood sugar. He says wheat has been shown to advance aging and cause wrinkles, but it’s also linked to other skin problems, including herpes-like skin inflammation, oral ulcers, psoriasis, and erythema nodosum, shiny red, hot, painful lesions that usually appear on the shins.
Ironically, whole wheat manufacturers in Nigeria push the produce as a healthy way to keep the heart in good shape. Yet, Dr. Davis says that no matter what type of wheat, be it organic, stone-ground, sprouted grain, or home-baked, it’s still wheat, a combination of compounds that trigger high blood sugar, visceral fat, unhealthy cholesterol particles in the blood, and inflammation these are all bad news for your heart. Funnily, a type of baldness, called Alopecia areata, could pertain to eating wheat, Dr. Davis says. Referring to hair loss that occurs in patches, usually from the scalp but sometimes in other parts of the body, he says alopecia areata is fueled by eating wheat and the celiac-like inflammation that flares up in the skin is as a result of it. 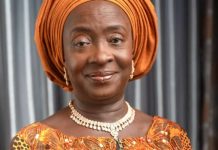 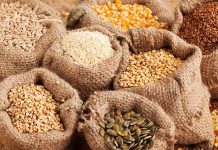