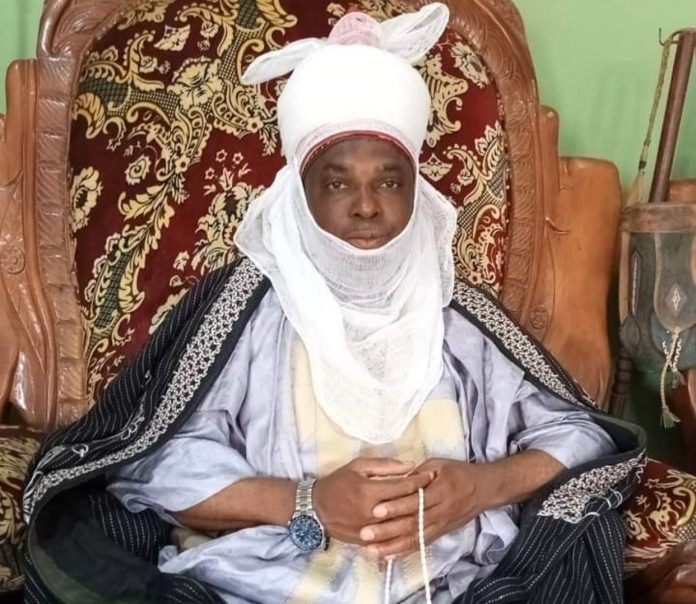 After seven days in the den of bandits in Niger, the Dodo Dodo of Wawa Community in Borgu Kingdom, Borgu Local Government Area of Niger State, rolled home, unruffled and accompany by bandits.

Dr. Mahmud Ahmed Aliyu was brought back home guarded by a motorcade of motorcycle riders around 8pm Saturday.

The criminals brought him unnoticed during power outage, and dropped him off close to his palace, before they headed back for theforest.

His subjects were all jubilation when the news of his release nd return went round the kingdom.

According to eyewitnesses, the dodo could not hide his joy either. He was singing and dancing among his subjects that came to welcome him back to freedom.

Aliyu said his stay with them was not harrowing. Th bandits honored him, and gave him deluxe treatment befitting a royal.

Because there was no ransom paid or demanded, people suspected the reason the criminals snatched their ruler was because he opposed banditry.

Niger has been overwhelmed by the criminalities of bandits over time in the state.

Hundreds of schoolchildren were kidnapped months ago by the bandits in the state.