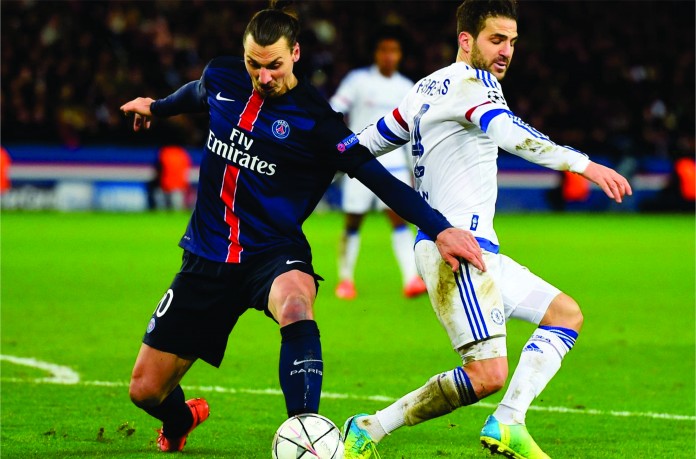 CHELSEA midfielder Cesc Fabregas was involved in yet another bust-up, this time with the Swedish superstar Zlatan Ibrahimovic. The Spanish international recently had a spat with a Chelsea teammate during training and was now seen having a heated exchange with the PSG striker following his side’s 2-1 defeat. Apparently the Chelsea players unhappy with Ibrahimovic’s taunts on the pitch and that resulted in an altercation between the two players. According to reports from the foreign media, Fabregas asked for an explanation from Zlatan and the Swedish striker ignored the Chelsea midfielder.

Fabregas was reportedly heard saying to Ibrahimovic that he had been speaking a lot on the pitch during the game. The pair were later separated before matters could get out of hand. Chelsea who have been trying to lure Ibrahimovic since last summer are worried and hoping that this brawl doesn’t affect the blue’s chances of landing the world class forward.