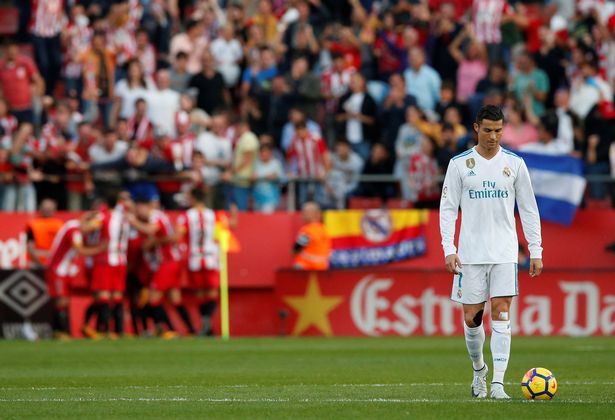 Real Madrid return to La Liga action on Sunday night, as they host Girona at the Bernabeu hoping to extend a three-game winning streak in all competitions.

Los Blancos have rattled off wins over Getafe, Paris Saint-Germain and Eibar over the last fortnight, and with the international break coming up, they’ll be eager to sign off on a positive note.

With 10 games remaining in the league, few will believe in their chances of wiping out a 15-point deficit to leaders Barcelona, and so the focus will be on finishing as high as possible as they’re still seven points adrift of city rivals Atletico Madrid in second place.

Naturally, Zinedine Zidane and his players will be desperate to avoid finishing the campaign empty-handed  too as the Champions League will be an important target as ever, but for now they’ll have to focus on Girona who have got their own battle for a Europa League spot.

Madrid announced their squad for the clash on Sunday morning, and all the usual suspects are included with the likes of Cristiano Ronaldo, Gareth Bale, Luka Modric and Toni Kroos at Zidane’s disposal.

However, as seen in the comments below, many supporters were left wondering where Dani Ceballos was as he didn’t make the cut.

The 21-year-old is evidently well thought of by fans, but he hasn’t been able to convince Zidane it seems as he’s made just 19 appearances in all competitions so far this season.

As noted by AS, Sergio Ramos is also missing but with no explanation as of yet, while it’s the seventh time this season that Ceballos hasn’t even made the squad let alone the starting line-up as that could be a real factor in him questioning his future at the club if he can’t force his way into Zidane’s plans.

The priority for Madrid now though is to get all three points and build momentum heading into the end of the campaign and finishing in positive fashion to put behind them a difficult season overall.

Share this on WhatsApp
Related Topics:GironaReal Madrid FC
Up Next

Have Paul Pogba and Alexis Sanchez really been worth the investment?