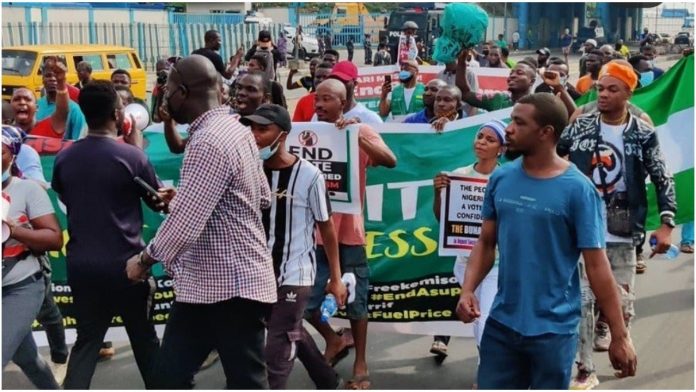 Adeyinka, who is an SSA on sports, explained that the hoodlums were on course to hijack the protest at the Gani Fawehinmi Park in the Ojota area of Lagos State.

He commended the police officers on how they managed the June 12 protest across the state.

“I was impressed with the way the police handled that situation. It was not the activists, it was the hoodlums that wanted to hijack that protest”, he said in a newspaper interview.

“But the police rose to that occasion and made sure the thing was put in order.”

Adeyinka added: “The youths in Lagos are ready to work in synergy with the state government.

“The last #EndSARS showed how hoodlums hijacked a peaceful protest but we give thanks to God that the youths are able to come together and work together with the governor and make sure there is peace in the state.”