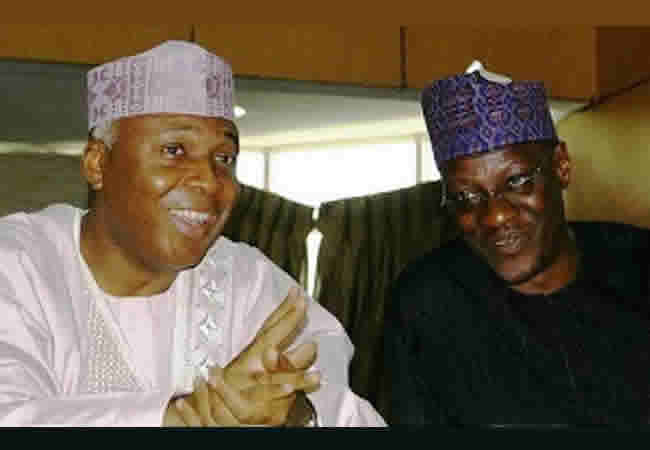 The Senate President, Bukola Saraki, has formally announced that he is leaving Nigeria’s ruling party, APC.

The Kwara State Governor, Abdulfatah Ahmed, made a similar announcement at about the same time.

Mr Saraki made his announcement on his official social media handles.

“I wish to inform Nigerians that, after extensive consultations, I have decided to take my leave of the All Progressives Congress (APC).” he wrote on his Twitter handle.

Mr Saraki’s defection has been largely expected from Nigerians especially after all the federal lawmakers from his Kwara State left the APC last week.

The Senate President is expected to join the main opposition party, PDP.

The Tweet: @bukolasaraki “I wish to inform Nigerians that, after extensive consultations, I have decided to take my leave of the All Progressives Congress (APC)”

A statement by his media aide, Muyideen Akorede, said the decision followed consultations with people in the state.

“Following due consultations with the people and in response to calls by major stakeholder groups in the state, Kwara State Governor, Alhaji Abdulfatah Ahmed today defected to the People’s Democratic Party(PDP), having realized that the All Progressive Congress (APC) can longer serve as a platform for achieving the aspirations and expectations of his people,” the statement said.

The story below captures the many battles that the Senate President had to contend with since the beginning of his tenure:

Things appear to have fallen apart in the upper chamber. From sudden deaths to embarrassing arrests and detention of its members on charges of fraud and related crimes, the Senate has continued to dominate news headlines for the wrong reasons though. Apart from the death of Senators Ali Wakili and Bukar Mustapha, Senators Dino Melaye and Peter Nwaoboshi are waiting for their dates in court. While Melaye is held for alleged possession of illegal arms, Nwaoboshi is detained for alleged N322 million fraud. A couple of other senators, including a high profile senator from the south south geo-political zone, are said to have been evading arrest. A melodramatic dimension was added to the unfolding uneasy situation in the upper chamber on April 18 when armed thugs invaded the hallowed chamber carting away in the process its symbol of authority, the mace. Observers say the renewed unsettled state of affairs in the Senate is part of the fallouts of the aborted amendment of the Electoral Act.

That the Senate has not known peace since the adoption of the Electoral Act amendment, which specified reordering of election sequence, may be putting it mildly. The adopted sequence of elections which slated National Assembly election first, followed by governorship and house of assembly and presidential elections last was the icing some senators needed to stage their outburst. Hardly had the controversial election sequence been adopted when furious senators led by the senator representing Nasarawa west, Abdullahi Adamu, stormed out of the chamber to vent their frustration and anger against the legislation. Adamu, a former governor of Nasarawa State, may not be one of the chatty lawmakers, his submissions on issues are, however weighty.

A man of his own mind, Adamu has been enmeshed in a running battle in the upper chamber since he led the group of 10 senators to oppose the adoption of reordered election sequence. The new election sequence, which has been voided by the court, has had its first casualty with the suspension of the Delta central senator, Ovie Omo-Agege. The fear initially was that Adamu, who led senators Abu Ibrahim, Benjamin Uwajimogu, late Ali Wakil, Abdullahi Gumel, Binta Masi Garba, Yahaya Abdullahi, Andrew Uchendu and Umaru Kurfi, to oppose the reordering of election sequence, would be the first to be hammered for his audacity to challenge the authority of the Senate. Rather than succumb to what he described as orchestrated intimidation, Adamu has remained resolute in pursuit of the ideals he believed in. Notwithstanding, the Nasarawa west parliamentarian blames his travails on the leadership of the Senate.

Apart from maintaining his position that President Muhammadu Buhari was the target of the formulation of a new election sequence, Adamu went further to form the Parliamentary Support Group for Buhari. The leadership of the Senate saw the formation of the budding lobby group for the re-election of Buhari as an affront and a ploy to paint other senators black in the eye of the Presidency. Apparently to clip Adamu’s wings, he was not only removed as the Chairman of Northern Senators’ Forum, the Ethics, Privileges and Public Petitions Committee was mandated to investigate his bourgeoning Buhari Support Group. Senator Dino Melaye spearheaded the sacking of Adamu as the chair of Northern Senators’ Forum.

A former Sokoto State governor, Senator Aliyu Wammako, was announced as Adamu’s replacement. Members of the NSF, in a letter addressed to the Senate President, Abubakar Bukola Saraki, which was read by Deputy Senate Presidente, Ike Ekweremadu, claimed Adamu was sacked over alleged mismanagement of funds of the forum. The letter endorsed by Melaye, publicity secretary of NSF, read: “This is to inform the Senate of the majority signatories of members of the Northern Senators Forum. We have removed Senator Abdullahi Adamu as chairman of the Northern Senators’ Forum for financial mismanagement and misadministration.