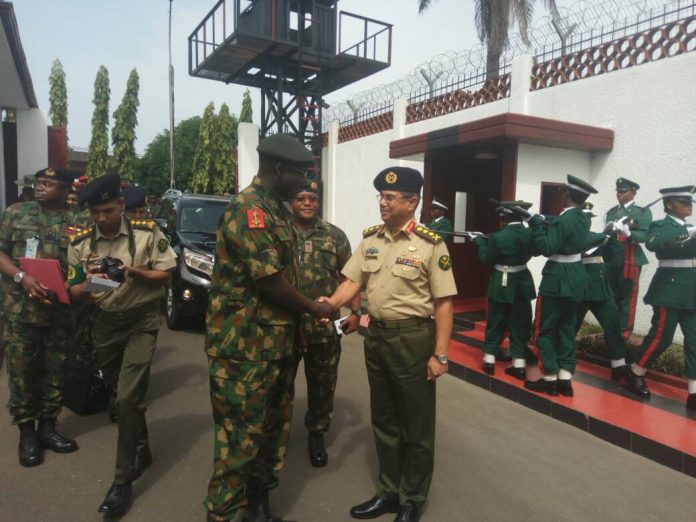 By OKOSUN DENNIS
The Chief of Army Staff, Lt Gen. Tukur Buratai said the lessons he learnt from the Bangladesh National Defence was not a flukem adding that it assisted in the counterterrorism operations in the North-East.
The Army chief who received the Bangladesh Army Chief of Staff, Gen. Abu Shafiul Huq, at the Flag Staff House, Marina in Lagos on Saturday said the lessons are partly responsible for the success being recorded in the fight against the Boko Haram terrorists.
“The Bangladesh experience in counter insurgency is something that I brought to bear in the efforts to rid Nigeria of Boko Haram since my appointment as the Chief of army staff,” he said.
National Daily learnt that Gen Buratai attended the Bangladesh National Defence course in 2008.
Making allusion Nigerian experience in counterterrorism operations, admonished military around the world to take the issue of insurgency and terrorism seriously because they were difficult battle to surmount.
ALSO SEE: Onslaught against Terrorists: GOC demands decisive punch on Boko Haram
“Counter insurgency should be utmost importance to army across the world, the army in particular bears the brunt as they confront terrorists in very difficult terrain and indeed, sometimes within the population.
“It is a very difficult experience and it will continue to be difficult. However,  insurgency can be countered through the use of intelligence. 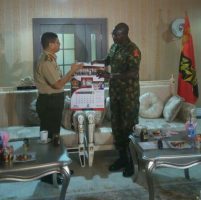 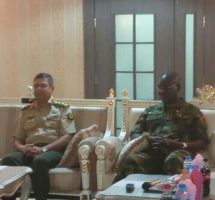 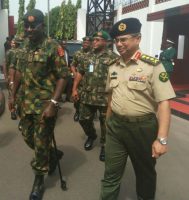 The visiting Bangladeshi brasshat Huq commended the the Nigerian army for the success it had achieved in the fight against the Boko Haram terrorists.

He said both his country and Nigeria had a lot of experience and knowledge to share in counter insurgency operations.
He noted that his visit was to explore ways both countries could deepen and strengthen military relationship.
Gen Huq is expected to visit the Chief of Defence Staff, Gen. Gabriel Olonisakin in Abuja as well as some military formation during the five-day visit to Nigeria.