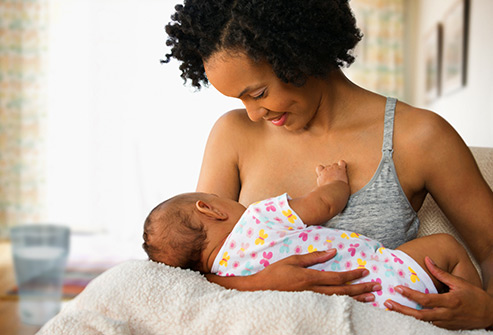 President of the National Association of Nigeria Peadiatric Nurses, Olubunmi Aiyedun has said that exclusive breastfeeding does not flatten or make breast sag.

Aiyedun made this known on Sunday at a special programme on Sunday.

The paediatrician, who noted that a lot of women prefer not to feed their babies exclusively because they don’t want their breasts to sag or get flattened, described it as a myth.

Aiyedun advised nursing mothers to wear good bra when breasting in order to help package the breast to make it firm.

On breast milk, the paediatrician said that it contains mostly water, adding that there was no reason to give babies water in the first six months after birth.

She said sagging breasts or breast ptosis is an inevitable natural process every woman passes through at some point in life. Whether it’s after breast feeding, or ageing, the loss elasticity of collagen – the connective tissue under the skin happens with time.

“There are some everyday habits that contribute to breasts to sag as studies show that the breast tissue ages two or three years faster than those found in other parts of the body.”

She listed crash dieting, smoking, wearing wrong bra size and inadequate massaging as some habits that could contribute significantly to sagging.

Speaking further, Aiyedun explained that high-Impact workouts could lead to a breakdown of breast collagen as well as the consumption of junk foods which said could overtime wreak havoc to the breasts as a woman approaches her thirties and forties.

She also added that not eating foods rich in vitamins and skipping water could also cause the skin covering the breasts to appear rough and shrunken.