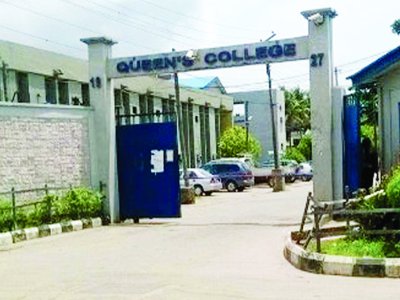 By ANDREW OJIEZEL
Baffled by insistence of continued closure of the school, ahead of March 19 planned resumption of students Queens College, Lagos, parents are putting finishes touches on planned protest against Lagos State Government.
The students were billed to resume after month-long mid-term holiday, and some parents of the school have vowed to protest any unfavourable condition of living for their children.
This action of the state government followed the alleged food poison which affected some of the students.
The parents who were at the Children’s Emergency ward of the Lagos University Teaching Hospital (LUTH), to support parents of two of the critically ill students still on admission at the hospital, stated that “The planned protest is still under wraps because some of us have been meeting and we have plans to unveil our displeasure should we find that by Sunday, March 19 when our children are expected to return to school, there are unresolved grey areas to guarantee healthy living for the girls.”
One of the parents who pleaded for anonymity expressed his displeasure at the manner government  treated the allegations of “injection outbreak” in the school, saying: “We have been monitoring media reports on the issue and we are still surprised that till now, except for what we pick here and there from among parents, there has not been a public statement by either Federal Ministry of Education or even Lagos State Ministry of Health which we are told is investigating the problems in the school.”
It would be recalled that the state government warned against reopening of the school until safety of students is assured.
The Lagos State government reiterated its earlier call, noting that the safety of students of Queens College, Yaba, Lagos, should be assured before the school is reopened, even as it confirmed that two students of the school died as a result of water-borne diseases.
The State Commissioner for Health, Dr. Jide Idris who disclosed this in Lagos while briefing the press on the outcome of the investigation into the deaths, advised that the school resumption should be delayed till appropriate measures are put in place to remove sources of contaminants causing ill health and deaths of students. 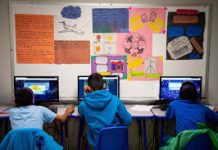